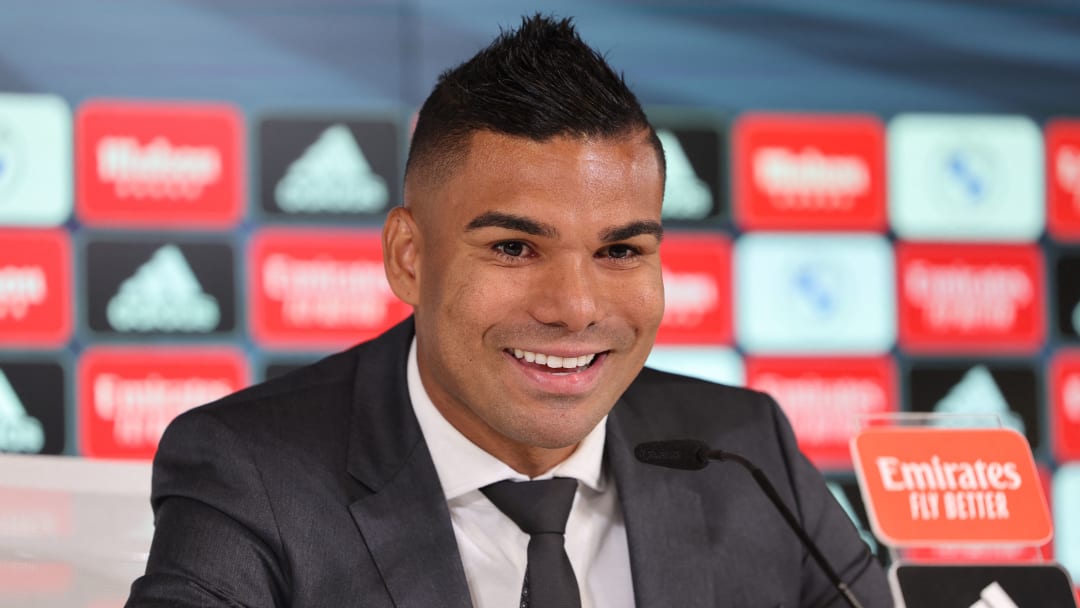 Casemiro has said that he’s joining the biggest club in England as he prepares to join Manchester United from Real Madrid.

The Brazilian has agreed a move from Real to Manchester United worth up to £70m, with manager Carlo Ancelotti previously touching on Casemiro’s desire for a new challenge this season.

In his farewell press conference, Casemiro admitted he made the decision to leave Real Madrid after last year’s Champions League final and touched on his reasons for wanting to join United.

“When you make such an important decision, it’s difficult. I spoke to my agent after the Champions League final and I told him that I felt my cycle was coming to an end,” the midfielder revealed. “I’m honest with everyone, I’ve thought about it.

“He told me to go on vacation and I was calmer. When I came back, the feeling was the same. But the point is to be the happiest in the world, that’s duty accomplished. Mission accomplished.”

“My cycle is over. I wanted to live a new challenge, try another league and another culture. I didn’t win anything [in England]. I want to help there like I helped here. I’m going full of hope.

“I love the Premier League. I wanted to play in it and I wanted to play there. The change was necessary. You can be stressed through the season and then on holiday when you keep thinking about it… I had to be honest with myself.”

Asked if his decision to join United depended on the contract he was handed, Casemiro said: “Only a few people think that, but people are wrong if they believe that and they don’t know me. That’s the last thing.” they should think.

Casemiro also admitted he is relishing the chance to reunite with former Real team-mate Cristiano Ronaldo.