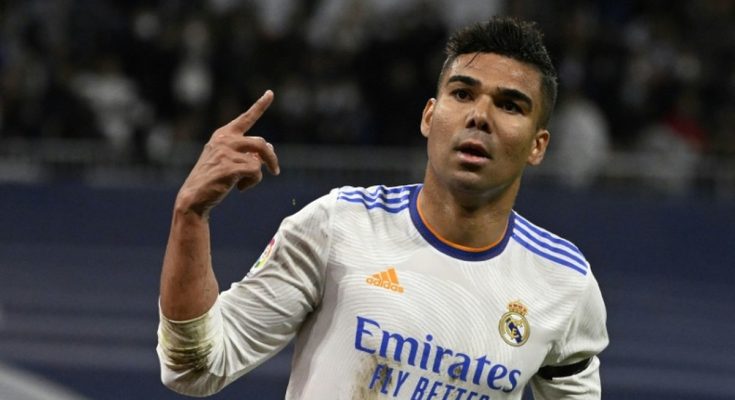 Casemiro has been left out of Real Madrid’s squad for their trip to Celta Vigo as he nears a transfer to Manchester United.

On Thursday, reports emerged that Manchester United were confident of striking a deal for Casemiro, who has been crucial to Madrid’s success under Ancelotti and Zinedine Zidane.

The 30-year-old trained with Real Madrid’s squad on Friday but Ancelotti confirmed at his pre-match news conference that talks were under way with United.

Ancelotti was unsure if Casemiro would definitely be unavailable for Saturday’s LaLiga meeting with Celta, but the Brazil international has now been left out of Los Blancos’ squad, suggesting the £51million (€60m) move to Old Trafford is close to completion.

Real Madrid’s coach is confident he has the players within his squad to replace Casemiro and name-checked new signings Aurelien Tchouameni and Toni Kroos as possibilities in the holding role.

Kroos, however, will not be available for Saturday’s match, with reports suggesting he has fallen ill with flu.