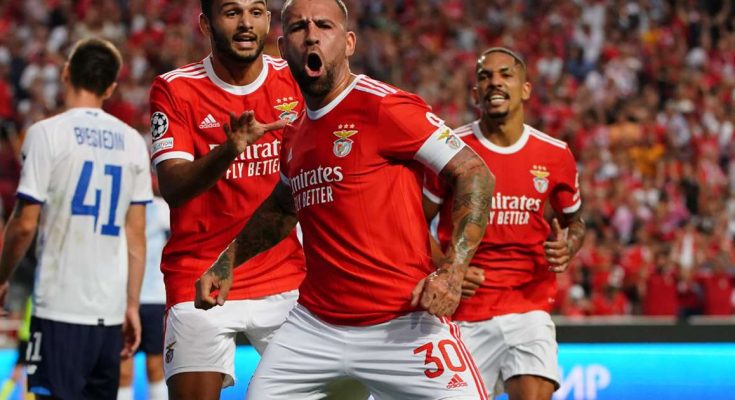 Benfica eased through to the Champions League group stage with a 5-0 aggregate thrashing of Dynamo Kyiv on Tuesday, while Maccabi Haifa and Viktoria Plzen also qualified.

The three teams will now look forward to Thursday’s draw to find out who they will face in the group stage.

Last season’s quarter-finalists Benfica built on an impressive 2-0 first-leg victory against a rusty Kiev as first-half goals from Nicolas Otamendi, Rafa Silva and David Neres effectively killed the tie at half-time at the Estadio da Luz.

Meanwhile, Haifa scored late on to earn a thrilling 5-4 aggregate win over Crvena Zvezda Belgrade in Serbia to reach their first Champions League group stage since the 2009-10 season.

A 90th-minute own goal from Red Star striker Milan Pavkov was enough to see the Israeli side through, trailing 2-0 on the night after winning the second leg 3-2 at home.

Haifa will be joined in Thursday’s draw by Pilsen, who also progressed after coming from behind to beat Qarabag 2-1 on aggregate.

Filip Ozobič’s first-half goal put the Azerbaijani side in front after a goalless first leg, but Jan Kopic and Jan Kliment netted after the break to turn the game around and send their team into the group stage of the competition for the first time. from the 2018-19 campaign.