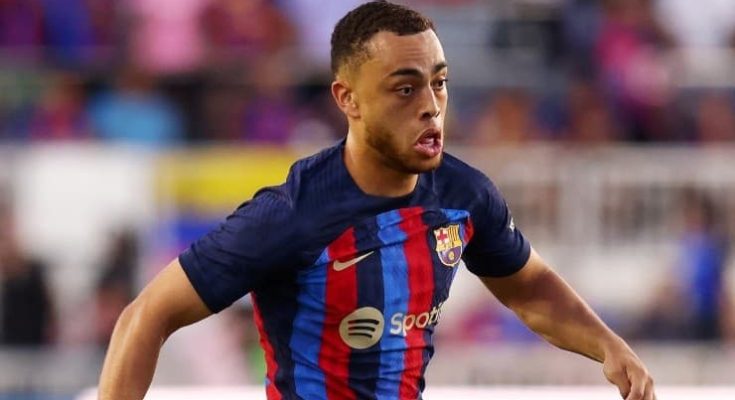 The summer transfer window is still open and Barcelona don’t seem to be done yet. According to a report, they could involve USMNT right-back Sergiño Dest in a swap deal with a Bundesliga club.

After one of the most difficult seasons in recent memory, Barcelona are ready to fight for silverware again. This summer, Xavi Hernandez went all out to upgrade his squad for the 2022-23 season.

After landing free agents Andreas Christensen and Franck Kessie, Barca managed to sign Robert Lewandowski, Raphinha and Jules Kounde. But the transfer window is still open and they are expected to explore other options before deadline day.

Xavi is reportedly looking to strengthen at right-back, a position currently occupied by Sergi Roberto and Sergiño Dest. However, the USMNT defender could be sent to the Bundesliga in a swap deal.

Report: Barcelona willing to trade Sergiño Dest to the Bundesliga

According to Sport, Barcelona have offered Sergiña Desta to Borussia Dortmund in exchange for Thomas Meunier. The Belgian defender appears to be Xavi’s priority target for the position and would therefore send the American right-back in the opposite direction.

Dortmund, who are reluctant to let him go, have set an asking price of €15m as they don’t have enough cap space to find a replacement at the moment. That is why Barča allegedly came up with this possible solution.

By offering Dest in exchange, he not only saves money, but also gives Dortmund the option to replace Meunier without entering the market. Whether the German side is interested in the deal remains to be seen.

Dest, 21, joined Barcelona in the summer of 2020 for $23.10 million. Since then he has made 72 appearances, but has never broken into the starting line-up. His contract with Barca expires in June 2025.