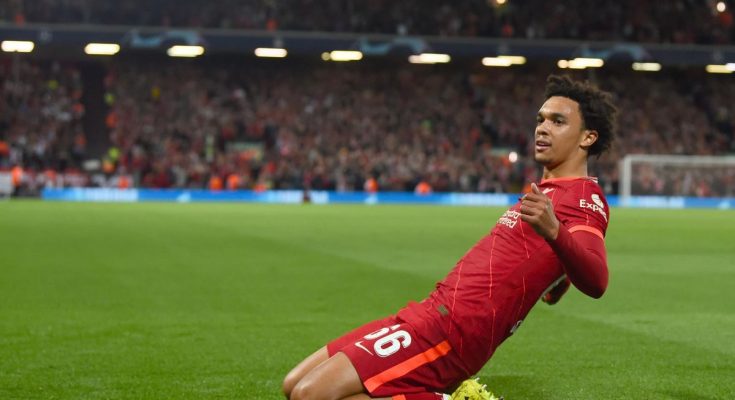 A report claims that Barcelona are interested in Liverpool’s Trent Alexander-Arnold as a major summer 2023 acquisition. Here find out why they have set their eyes on the Englishman and plan to lure him next summer.

Barcelona’s summer transfer activity continues as Xavi looks to return them to the top of domestic and European football by signing new players. The Blaugrana have once again come to the forefront of the market thanks to six new top signings.

Additionally, they signed Franck Kessie this summer, but both he and Andreas Christenson are still awaiting registration by the club. The three latest additions, Lewandowski, Kounde and Raphinha, will also have to wait for other players to be sold before their contracts can be officially recognised.

However, it appears that this particular transfer window was not an isolated one, and Xavi Hernandez’s side are expected to spend again in the transfer market next year.

Right-back Trent Alexander-Arnold is reportedly Barcelona’s top target next summer, according to a report from Futbol Total. A new contract with Liverpool agreed last year would keep the England international at Anfield until 2025.

That hasn’t stopped interest from the Blaugrana hierarchy, with the Spanish giants lining up a deal for the defender in the summer. The report adds that he sees the Liverpool defender as the perfect missing piece to the puzzle and believes Xavi’s rebuild could be complete if he joins.

The Catalans are well aware that the Englishman is one of the top full-backs in Europe and they are willing to pay up to 80 million euros for his services. After the departure of Dani Alves, Barcelona’s right-back position has been troubled for some time. The veteran’s return this year was short-lived; Sergiño Dest failed to live up to his lofty billing at the club.

The Camp Nou outfit are now willing to spend big on Alexander-Arnold in light of previous setbacks. As a result of his rapid rise to fame in recent years, the Liverpool phenom has become an attractive option for Xavi.