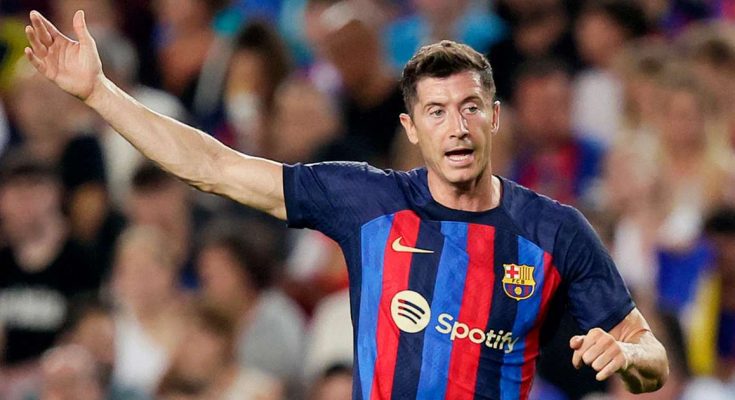 Barcelona’s 2022-23 season got off to a slow start with a goalless draw against Rayo Vallecano at Camp Nou.

After finally registering their new recruits on Friday, Robert Lewandowski, Andreas Christensen, and Raphinha were given their debuts from the start but failed to provide the difference in a tame performance that saw Sergio Busquets come off late on.

Stole Dimitrievski was forced into action several times but was never properly tested, while Marc Andre ter Stegen had to be alert at the other end to prevent the Madrid side from suffering a third successive defeat.

Barcelona came closest through Lewandowski, who saw his debut goal hit another late effort just wide as the home side failed to capitalize through dominating possession.

It could have been a different story as it took just 12 minutes for Lewandowski to find the back of the net in LaLiga with an effort past the onrushing Dimitrievski – but his celebrations were cut short by an offside flag.

While Barcelona were in control, the best chance of the opening period fell to the visitors as Ter Stegen was called into action to keep Alvaro Garcia at bay after a fake shot left Ronald Araujo on the board.

The visitors had another great opportunity six minutes after the restart when they tried to steal the ball and Sergio Camello danced his way through the defense but failed to hit the target.

Ansu Fati struck quickly after his second-half introduction to test Dimitrievski with a curling effort.

Fellow substitutes Pierre-Emerick Aubameyang and Franck Kessie also came close, the former seeing an effort cleared off the line, the latter finding the net, but the visitors were again denied by an offside flag.

A frustrating night was further complicated eight minutes into injury time when Busquets was sent off after being shown a second yellow card for catching Radamel Falcao with a stray arm, while Falcao also had a goal disallowed for the visitors for offside in the closing minutes as both had to settle with a draw.