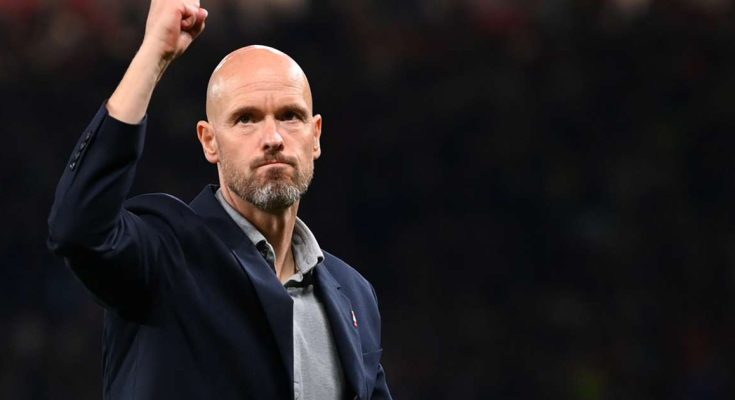 Goals from Jadon Sancho and Marcus Rashford were enough to hold off Manchester United’s bitter rivals and earn their first points of the Premier League season, despite an 81st-minute Mohamed Salah header causing a few late nerves.

Victory lifts Manchester United above Liverpool in the primitive league table, with the Reds still winless.

Manchester United had been the side under more pressure heading into the match following a 4-0 reverse at Brentford last week, but Ten Hag masterminded an impressive turnaround – one he attributed to his team’s approach to the game.

“We can talk about tactical, but it’s all about attitude,” Ten Hag told Sky Sports.

“Now you see we bring attitude on the pitch; there was communication, there was fighting spirit. You see what they can achieve.

“We have to act and make sure you are a team and battle, and also be brave. Give each other options when we have the ball, so it’s not only about spirit.”

A perceived lack of effort – seemingly proven by tracking data that showed Brentford had outrun United – was a chief concern for Ten Hag’s side, so the manager was questioned about their improvement in that regard.

“I was happy with it, but you have to bring it every game, not only one game,” he replied.

“Every Premier League game is difficult, so you have to bring it in every game, this organisation and this intensity, and it starts again with spirit.”

Ten Hag made the decision to leave last season’s top goalscorer Cristiano Ronaldo and captain Harry Maguire out of the starting line-up, but he assured they would be back in the fold in upcoming games.

“I have decisions to make. I have a squad, and we have to use the squad,” Ten Hag added.

“We will play 50, 60 games, so game-to-game we will see what team we have to pick. I don’t have to mention Harry Maguire and Cristiano Ronaldo, they are amazing players and they will play a role in future.”

One Comment on “‘Attitude’ the key to Manchester United turnaround, says Ten Hag”