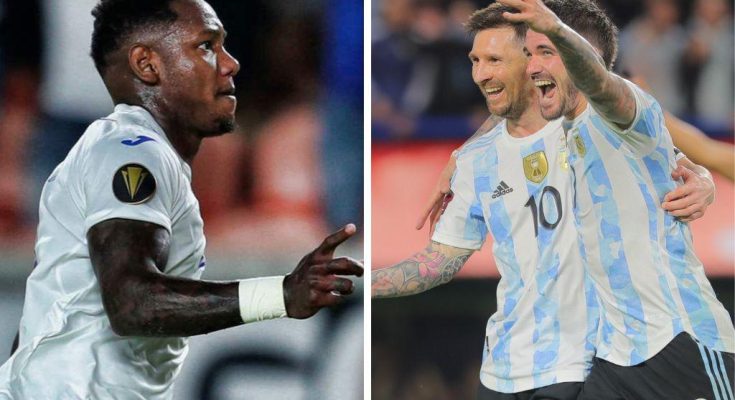 Argentina will play Honduras in September in Miami.

The Argentina national team is going to play two matches in the United States in September. The first one has been confirmed by FENAFUTH, the Honduran FA, for a match on September 23 in Miami, Florida.

As we reported a few days ago, Argentina would play a match against Honduras and the second opponent is set for September 26 or 27 and would be Jamaica.

Argentina, one of the favorites to win the highly anticipated 2022 World Cup in Qatar, is set to play a friendly against Honduras at the Hard Rock Stadium on September 23, according to Venavoth (Honduras National Football Association) and reports from both sides. Earth. Argentina is expected to play a second friendly on September 27 against Jamaica at the Red Bull Arena in Harrison, New Jersey.

Hard Rock Stadium officials have yet to confirm the game, so there’s no word on when or how to get tickets.

Messi, Angel Dimaria and Lautaro Martinez are among the stars of the Argentina team that won the 2021 Copa America. Messi plays for Paris Saint-Germain in France, Di Maria for Juventus in Italy and Martinez for Aston Villa in England.

Other players expected to be in the World Cup squad – and likely to play in the friendly against Miami – are Rodrigo de Paul (Atletico Madrid), Paulo Dybala (Roma) and Giovanni Lo Celso (Villarreal).

“We have to enjoy this opportunity because Argentina is the favorite for the World Cup and Messi is one of the best players in the world,” Honduras coach Diego Martin Vazquez told the Finavoth website. “We’re going to make the best team we can and we’re going to do everything we can to compete with a powerhouse like Argentina.”

Argentina beat Honduras 1-0 when they last played in 2016, with Inter Miami striker Gonzalo Higuain scoring the only goal.