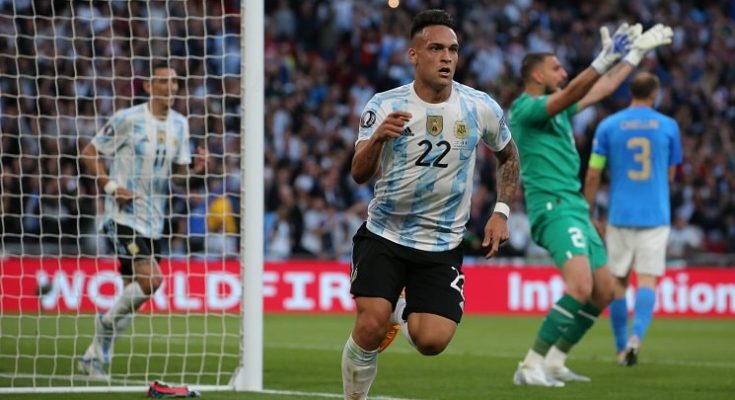 The Albiceleste will warm up for the World Cup with a friendly against Honduras on 23 September at one of the United States’ premier venues.

One of the main attractions in next month’s match between La H and the Albiceleste will be the presence of Lionel Messi. The PSG star leads a reformed Argentina – a team that won the Copa América and went 33 games unbeaten, a run they will look to extend until the World Cup in Qatar.

The World Cup trophy will arrive in Argentina on October 25 as part of FIFA’s trophy tour and will be on display for several days before moving to neighboring Uruguay.
“Argentina and Lionel Messi are synonymous with excellence, and as the team prepares to compete in the World Cup, we invite fans to come and honor Messi’s incredible legacy,” said Carolina Daza, director of CMN Sports, the company responsible for organizing the tournament. meetings that Argentina will have in the United States.
It has also been announced that tickets for the match between Argentina and Honduras will go on sale on Friday 26 August via Ticketmaster.

After the Honduran and Argentinian football federations officially announced a friendly between the two nations in the United States for September 23, the venue was confirmed today – Miami, Florida.

Through an official statement on social media, it was announced that the Hard Rock Stadium in Miami will host the meeting between Diego Vázquez’s Honduras and Lionel Scaloni’s Argentina.

It was also announced that tickets for the match between Argentina and Honduras will go on sale on Friday 26 August through the Ticketmaster site.

Argentina’s second match will be on September 26 or 27 against Jamaica in New York at the Red Bull arena.