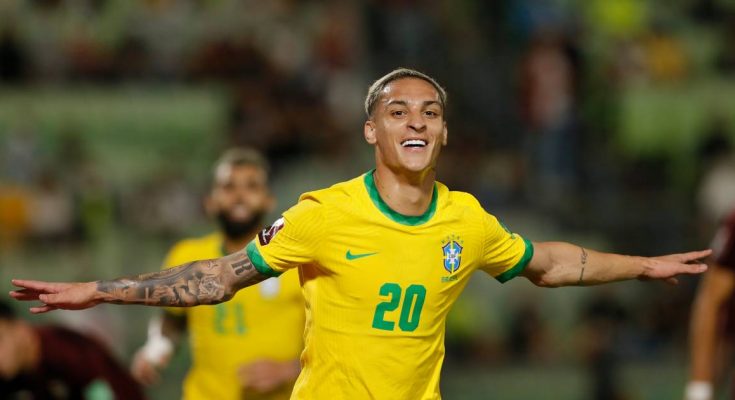 Alfred Schreuder says there has been no change of stance at Ajax over Antony’s future, with the Manchester United target again left out of their squad.

The Brazilian forward is a target for United, who have reportedly had several bids rejected for the 22-year-old, with speculation on Friday claiming a £76m (€89.4m) offer had been rejected.

Speaking to journalist Fabrizio Romano, Antony pleaded with Ajax to sell him for “the highest offer ever for a player in the Eredivisie”, as he explained that he had made his desire to leave the club clear earlier in 2022.

Antony’s public request has so far seemingly not had the desired impact, with the Eredivisie champions said to be awaiting an £85m (€100m) fee.

Speaking to reporters ahead of the game in Utrecht, Ajax coach Schreuder said: “The situation is the same. We are discussing it internally, also with the player.”

“The situation hasn’t changed. He [is] at the club, we talked about it.”

However, Schreuder hinted that Ajax are preparing for life without Antony, adding: “I want to focus on the boys who will be there.”