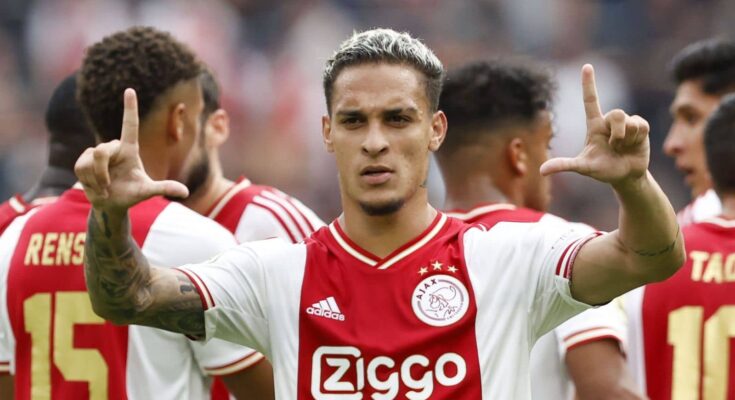 Manchester United-bound Antony ‘isn’t worth’ the €100m that the Red Devils are paying for him, according to Ajax head coach Alfred Schreuder.

Manchester United confirmed they had reached an agreement with Ajax for the transfer of Antony on Tuesday afternoon, with the deal set to be completed once personal terms, medicals and a work permit have been completed.

Schreuder has long insisted the Dutch champions will not sell the Brazil international in this window, but with Antony on his way to Old Trafford, he has come across how football is dictated by such huge sums of money.

“These days the amounts are crazy,” he told ZiggoSports.

Schreuder went on to describe Antony’s behavior as “strange” after he gave a bombshell interview last Friday in which he asked Ajax to let him go. He has also missed several practices in recent weeks.

Asked if Antony could be fined for his behavior in recent days at the club, Schreuder said: “Absolutely. I don’t think it’s good that this is possible at our club. If you’re Ajax, it’s just bad that happened.” I talked to him about it. If you’re disappointed for a day or two, I understand, but at some point you’re a professional.

“Then I said, ‘I’m going to continue with the guys that are there.’ At a certain point it makes you angry, like…what are we doing? When you look at the big picture, it frustrates you as a coach, but also how you stand in the world. Then I think: ‘You’re just a player, you have to do your thing.’