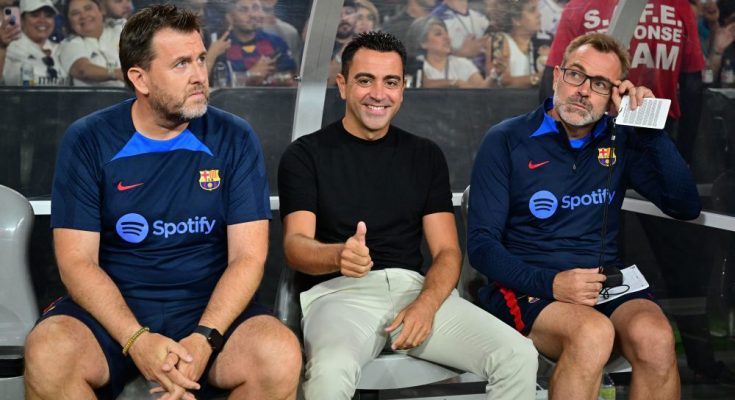 Xavi has given a strong indication Barcelona will make a sensational move to sign Lionel Messi next year.

Barca boss Xavi claimed earlier this week that it would be “impossible” for the Catalan giants to bring club legend Messi back to the Camp Nou during this transfer window as he is contracted to Paris Saint-Germain.

The Argentina captain joined PSG on a two-year deal last year after sensationally ending his 21-year loan spell with the Blaugrana, who could not afford to keep him.

Barca president Joan Laporta said on Thursday that he thinks the LaLiga giants will “make this aspiration a reality” when asked about the prospect of signing Messi.

Xavi wants his former team-mate to return to Barcelona but says it won’t happen as long as he is under contract with the Ligue 1 champions.

He said: “He’s under contract now, it’s utopia, we’ll focus on this year. Of course I’d like Leo’s time at Barca not to end the way it did and for him to have one last chance to say goodbye as the best in history.

“Of course I would, yes I would like it to happen, but he’s under contract.

Xavi has received a major boost in the transfer market ahead of the 2022/2023 season, with Barca swooping in for Robert Lewandowski, Raphinha and Jules Kounde.

He said: “Anything reinforced is good. I’ve said before that there should be two players in a position, more this year with the World Cup.

“We need footballers to compete and be better. Yes, we want to get stronger, the more the better.”