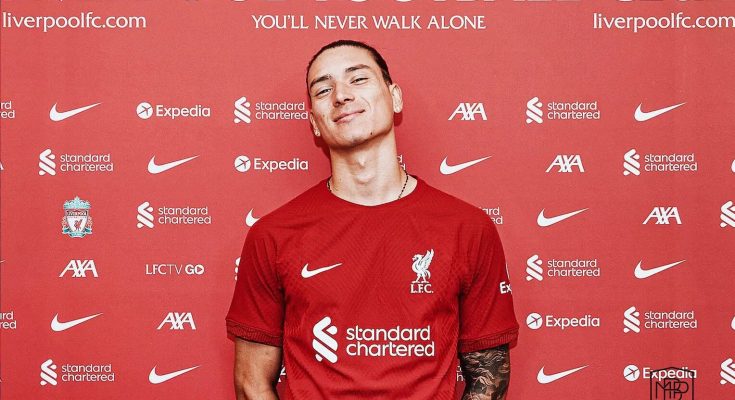 Virgil van Dijk told Darwin Nunez to get his “head down, work and be important” for Liverpool after the striker’s decisive cameo performance against Manchester City.

Nunez came on with less than an hour to play in Saturday’s Community Shield clash between the Premier League champions and the FA Cup winners.

He impressed convincingly and won a penalty when his header hit the arm of Ruben Dias to allow Liverpool to restore the lead through Mohamed Salah after Julian Alvarez had canceled out Trent Alexander-Arnold’s opener.

The 23-year-old has been the target of criticism and ridicule on social media after some sloppy performances at the start of pre-season, although Nunez scored four in last week’s 5-0 thrashing of RB Leipzig and seamlessly joined Liverpool’s attack on the pitch. King Power Stadium.

Van Dijk shrugged off criticism of his new team-mate, who the defender explained is already an important player in Liverpool’s squad following the departure of club great Sadio Mane to Bayern Munich.

“He’s important. He’s hard to play against and hopefully he can show that for the rest of the season,” Van Dijk told reporters.

“We’re all helping him in some way and making sure he’s comfortable and calm and just working and not focusing on what the world is saying because everyone has something to say these days. So keep your head down, work and be important for the club.

“I don’t speak Spanish so I’m not telling him anything at the moment, but we have a lot of Spanish speakers in the team and I know for sure that they are helping him and I don’t see anything that is bothering him at the moment.

“But let’s see, everyone has something to say because there are so many platforms to do it. So it can hit you but it shouldn’t. Just enjoy the game, enjoy the group, enjoy the club because we’re very blessed to be able to play for Liverpool. ”

It was a sentiment echoed by midfielder Fabinho, who has taken time to settle into the Premier League following his 2018 move from Monaco.

He said: “We’ve seen him improve since the first game of pre-season. He’s done really well for the team.”

“We know he’s fast, strong and a proper number nine. He’ll be in the box, he looks to be chasing the ball, he’ll always get a chance to score.”

“So yes, I think it’s really important that he scores in his first official game in a Liverpool shirt. He’s going to be very important for us this season.”

Liverpool’s win marked their first Community Shield triumph under Klopp and a third.

Including the times the trophy has been shared, only Manchester United (21) have won the trophy more times than the Reds (16), whose performance sent a message to rivals City ahead of the new campaign.

But Van Dijk knows that using the Community Shield display to predict how Liverpool’s season could go would be foolish.

“We can’t look to the future,” the centre-back added. “It’s a boring answer, but we knew that two years ago, for example, we had so many injuries that also belong to football.

“We’re taking it game by game. Hopefully it’s going to be a successful season, better than last year. We’re excited to keep going and see what the year brings.”