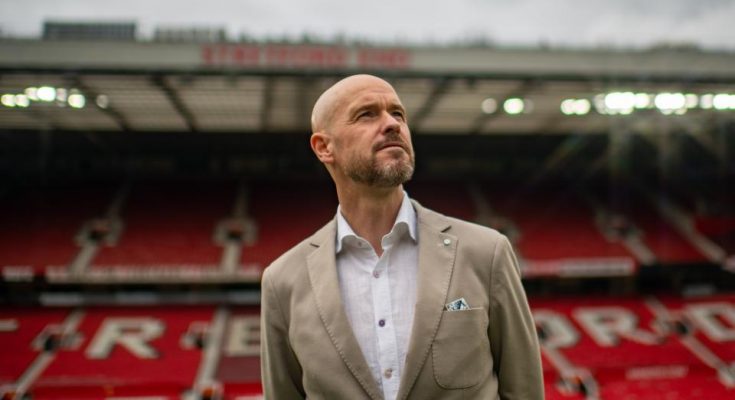 Erik ten Hag said he was already seeing improvements in Manchester United’s pressing after a 3-1 friendly win against Crystal Palace, but insisted there remains “a lot of work to do” ahead of the new season.

Manchester United maintained their 100% winning record throughout pre-season with a routine triumph over Patrick Vieira’s incompetent side in Melbourne as Anthony Martial, Marcus Rashford and Jadon Sancho found the net before youngster Will Fish was shown a late red card.

Martial opened the scoring with a neat finish from the volley to become the first United player to score in three consecutive pre-season games since Cristiano Ronaldo and Wayne Rooney did so in 2007 before a season in which United won the Premier League and UEFA Champions League.

When Manchester United finished a lowly sixth in the Premier League under interim manager Ralf Rangnick last season, their lack of an organized pressing style came under fire.

Manchester United finished just 12th in the Premier League last season for possession won in both the final and central thirds as Liverpool topped both charts and 37-year-old striker Ronaldo was given particular scrutiny over his contributions outside of his clear goal threat.

After Tuesday’s win, Ten Hag told MUTV: “We’re happy with the improvement we’re seeing, but we also see there’s a lot of work ahead of us.”

Asked specifically about United’s pressure, he said: “That’s the demand on the team, we press, we press all day.

“When we can, we do it high up the field, when we can’t, we do it in the lower block, but we have to do it together, as a team. The timing of the press, I still see that we can’t afford, we can prepare a better press.

“I think even on the ball [we can improve]. We played well, but you see that at 2-0 or 3-0 the belief increases, then with the ball we can delay, we can delay for the opponents to come.” out and then accelerate.”

While Ronaldo’s future at the club remains the subject of speculation after he reportedly asked to leave for the Champions League club, The Hag is demanding more work off the ball from all his forwards.

“I hope we can convince them (forwards) to do a lot of work, to run a lot,” he added. “You see, they put a lot of energy into defense and they reward themselves by scoring goals, winning balls high up the pitch.

“No opponent likes to be pushed into the defensive line. I think it’s a big advantage if you can do that, but you need the whole team.”