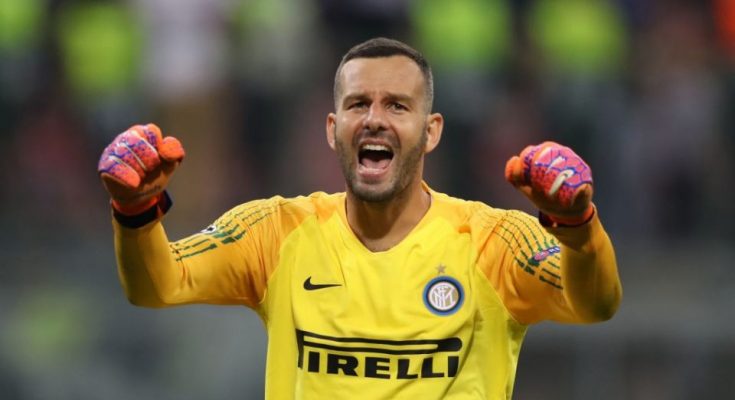 Samir Handanovic says it is “essential” Inter team-mate Milan Skriniar stays with the club, as the Nerazzurri look to come to a contract agreement with the defender.

The Slovakian centre-back has been linked with a move away from the San Siro, with Ligue 1 champions Paris Saint-Germain reportedly making another bid this week after previous attempts were rejected.

Škriniar made 35 Serie A appearances for Inter last season as they failed to retain the league title they won in the 2020-21 campaign – a triumph that represented their first since 2009-10.

Inter have reportedly offered the defender a new contract and Handanovic feels it is vital that Škriniar stays at the Nerazzurri in their bid to wrest the Scudetto from city rivals Milan.

Handanovic told La Gazzetta Dello Sport: “I say it is very important, for me it is essential that he stays with us.

“The last-minute extension has never happened to me, but it was automatic from my end and the club didn’t have any problems either.

“We can’t lose any more pieces. I see him calm and composed every day at Appian [Inter’s training ground].”

Handanovic also spoke about the return of Romelu Lukaku, who scored 24 goals in 36 Serie A games to help Inter to the title in 2020-21.

The Belgian striker made a big-money move to Chelsea, but an underwhelming first season in England saw him return to Inter on a season-long loan.

“I’m not surprised he’s back because I saw how he was at Chelsea,” added Handanovic.

“They sensed melancholy and nostalgia in his famous statements.

“Now it’s like he never left, he’s the same person he was before.