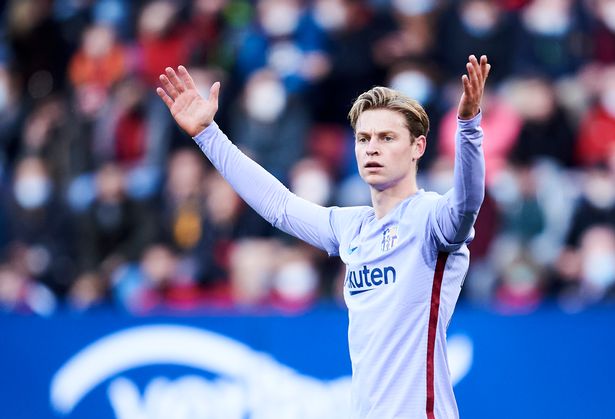 Barcelona’s off-season has the potential to become even more complicated than what it already is.

Trying to balance their ambitions with the economic reality of their situation creates a complex environment with players who have left and are still at the club in the off-season.

According to reports, one player whose departure may ease the financial burden Barcelona have placed on themselves does not want to leave.

Frenkie de Jong has reportedly been informed by Barcelona that they want him to leave for Manchester United, according to The Athletic.

The Blaugrana are trying to convince De Jong that even though they believe he is a talented footballer, they must sell him to offset their excessive wage bill.

The clubs have reportedly agreed a £63m (€75m) guaranteed transfer fee, but the 25-year-old has no apparent desire to leave the club as Barcelona still owe him a deferred payment.

Meanwhile, the arrivals of Raphinha and Franck Kessie this off-season will complicate the club’s perception that De Jong’s move is economically necessary, as opposed to the sale being a purely sporting decision.

One Comment on “Rumour Has It: Barcelona inform Frenkie De Jong of Man Utd move”