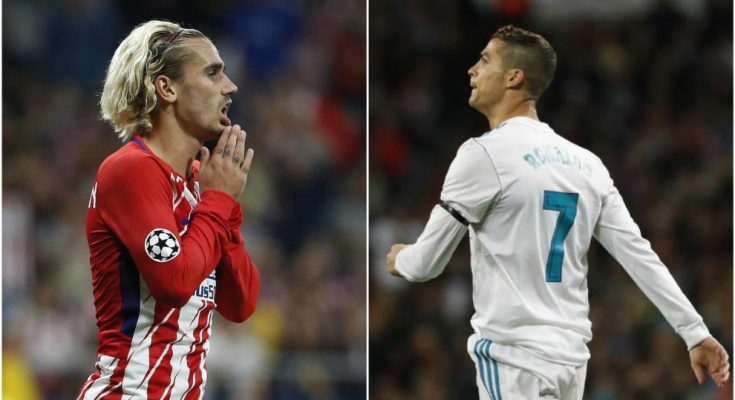 Atletico Madrid are reportedly set to fund a bid for Cristiano Ronaldo by putting Antoine Griezmann up for sale, with the club hoping to bring the Portugal superstar back to La Liga.

Ronaldo sat out Manchester United’s pre-season tour of the Far East and Australia amid reports he has asked to leave Old Trafford if a suitable offer is made.

The experienced forward signed a two-year deal in a spectacular domestic comeback last season, but could not help Manchester United avoid missing out on a top-four finish, leaving them without Champions League football this term.

Widely regarded as one of the greatest players in the modern game, Ronaldo is likely to only accept a move to a club that can once again offer him a shot at major European glory, limiting his options.

Despite being linked with a number of European heavyweights, the funds needed to cover his wages are also a major stumbling block – which is why Atletico are trying to force Griezmann off their books, says The Times.

The French international and World Cup winner, who left Atletico for Barcelona in 2019, returned to the Wanda Metropolitano last year after a dismal stay at the Camp Nou, looking to recapture his best form.

He is halfway through a two-season loan deal with a permanent transfer set to take effect at the end of that deal, with Diego Simeone’s side looking to move him on early.

Potential buyers such as Paris Saint-Germain are not interested in taking Griezmann, suggesting Neymar will remain at the Parc des Princes despite talk of a move away.