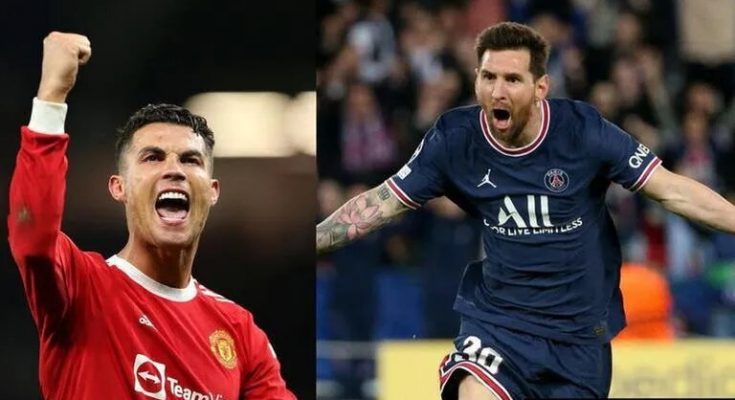 In a shocking turn of events, Cristiano Ronaldo could leave Manchester United only a year after making an unexpected return. Why does the Portuguese want to leave so soon? Well, it seems that Lionel Messi may have something to do with his desire to depart.

The summer of 2021 saw one of the craziest transfer windows in recent years. Not only did Lionel Messi leave Barcelona after more than two decades, but Cristiano Ronaldo also parted ways with Juventus to return to Manchester United.

However, things would not go according to plan for either of them. While the Argentine superstar left much to be desired in his first year at Paris Saint-Germain, the Portuguese striker has failed to deliver in his first season at Old Trafford. Although Ronaldo was one of the few bright spots for the Red Devils last season, the team failed to keep up with his level and had the worst Premier League campaign in the club’s history.

If he stays at Manchester United, Ronaldo will miss out on the next UEFA Champions League – something Messi will do when PSG won the Ligue 1 title last term. That could explain why he wants to leave Manchester.

Cristiano Ronaldo, 37, knows he may not have much left in the tank, so every season counts from now on. At this stage in his career, it seems important that he wins as much as possible – which is why Manchester United may not be the right place for him at the moment.

However, his desire to succeed would not be the only factor behind his intention to leave. According to The Athletic’s Laurie Whitwell, Cristiano Ronaldo wants to play in the Champions League next season to extend his goalscoring record and possibly overtake Messi in group stage goals.

“Following discussions, it appears that Ronaldo’s primary objective of wanting to leave is to spend the 2022-23 season at a Champions League club in order to consolidate his scoring record in the competition,” Whitwell wrote. “He currently leads with 140 goals – 15 ahead of Lionel Messi, who is two years his junior. United are in the Europa League this campaign.”

“Ronaldo is also three goals behind Messi in the Champions League group stage goalscoring table and overtaking his long-term rival in that metric is seen as another target. Trophy wins and family reasons are also the main motivations.”

Ronaldo proved that Father Time hasn’t caught up with him yet, but he knows there’s no time to waste. While it’s not like he has anything to prove to anyone, it’s understandable that he won’t waste any of the remaining seasons of his career. Therefore, it would make perfect sense to see him leave for a Champions League club this transfer window.