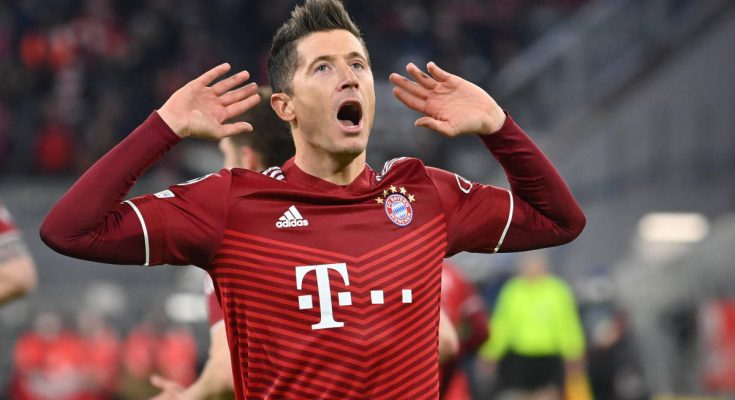 Robert Lewandowski was back on Bayern Munich duty as the Barcelona target showed up for pre-season fitness tests on Tuesday.

The Poland international striker would be hoping to make his exit from Bayern as painless as possible after making it clear to the club that he is determined to move on before the new campaign begins.

This meant he had committed to undergo physical checks at the Barmherzige Bruder Hospital in Munich, arriving just after 09:00 local time, according to reports.

Bild newspaper reported that Lewandowski returned to Germany from a holiday on Monday night before turning up at the hospital in a green Bentley.

He said he spent about an hour there before leaving. It remained to be seen if or when Lewandowski would follow his hospital visit with a trip to Bayern’s Sabener Strasse training ground.

Barcelona president Joan Laporta said last week that his club had made an offer for Lewandowski and were awaiting a response.

German media said another bid was expected this week, with Germany’s Sky Sport saying a final offer of €50 million plus add-ons was to be made.

Robert Lewandowski, who will be 34 in August, scored 50 goals in all competitions last season, leading all players in Europe’s top five leagues.

Bundesliga champions Bayern have signed Sadio Mane from Liverpool since the end of last season but have also hinted they are hopeful of keeping Lewandowski.

If Robert Lewandowski remains a Bayern player at the weekend, it could mean he faces an uncomfortable look in front of the club’s supporters.

Bayern will hold their team presentation at the Allianz Arena on Saturday, which includes welcoming new signings and an open training session for Julian Nagelsmann’s side.

This is followed by a pre-season trip to the United States for Bayern, who are expected to play DC United and Manchester City on the trip.

Robert Lewandowski has entered the final year of his contract with Bayern and could leave on a free transfer at the end of that deal.