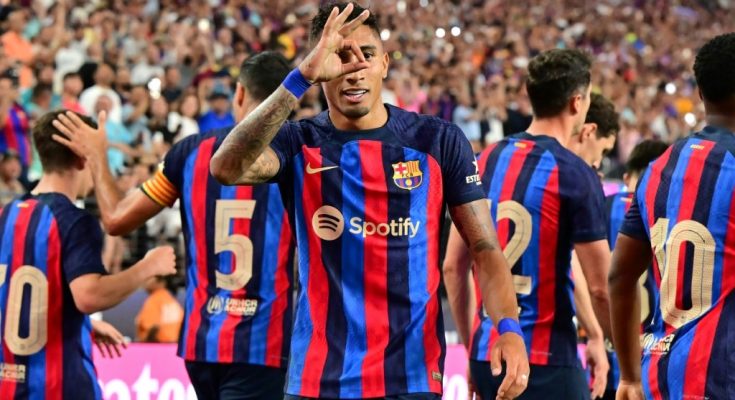 Robert Lewandowski made his debut for Barcelona as they defeated Real Madrid 1-0 in their pre-season friendly in Las Vegas on Saturday.

However, the 33-year-old had to share with Raphinha, with his only goal ultimately proving the difference in the 27th minute.

With Xavi also able to take his place on the line after being cleared to enter the United States, the Blaugrana started close to what could be considered a full starting XI, with Andreas Christensen starting ahead of Gerard Pique.

Carlo Ancelotti left several starters on the bench before kick-off, with the trio of Luka Modric, Casemiro and Toni Kroos free along with Ferlando Mendy, while Aurelien Tchouameni and Eduardo Camavinga started in a midfield pairing.

Raphinha scored the winner midway through the first half in what was ultimately a timid affair as he fired from the top of the penalty area after quickly regaining possession up the pitch for Barcelona.

Modric, Kroos and Casemiro were introduced while Pedri and Sergio Busquets came on in the second half to create an aura of sparring and Barcelona held on despite Ousmane Dembele’s chances.