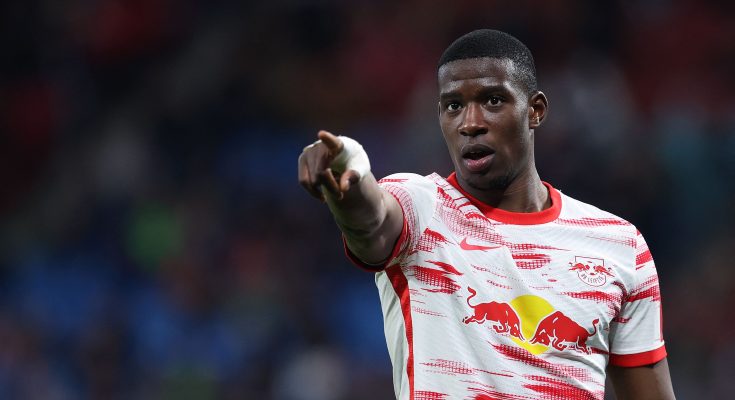 Paris Saint-Germain confirmed the signing of RB Leipzig defender Nordi Mukiele on Tuesday as coach Christophe Galtier continued to shape his side.

Mukiele appeared destined to become a PSG player when Leipzig announced he had been granted an absence from their squad for the DFL-Supercup due to ongoing transfer negotiations on Monday.

Despite reports of late interest from Chelsea, PSG have sealed the 24-year-old’s acquisition and will reportedly pay an initial fee of €12m, which could bring the total to €16m including add-ons.

Mukiele has signed a five-year deal at the Parc des Princes, becoming the third new arrival of the transfer window after midfielder Vitinho and striker Hugo Ekitike, while left-back Nuno Mendes has joined on permanent loan from Sporting CP.

Mukiele told the PSG website: “When I found out that Paris was interested in me and that they wanted me to come here, I had to think about it because it is very important.

“It’s a very big step in my career, it’s not a choice to take lightly. But I think and I’m sure I made the right decision.”

Mukiele made 28 appearances – including 21 starts – as Leipzig finished fourth in the Bundesliga last season, helping to level the competition’s best defensive side with Bayern Munich.

No Bundesliga team has conceded fewer than their 37 goals in 2021-22, while only Bayern and Wolfsburg (both 11) have bettered 10 clean sheets.

PSG have won three of their three games during their pre-season tour of Japan, although Galtier expressed frustration with their defense after Monday’s 6-2 defeat by Gamba Osaka.

Able to play at full-back and centre-back, Mukiele is expected to fight for a place in the three-man backline next season.