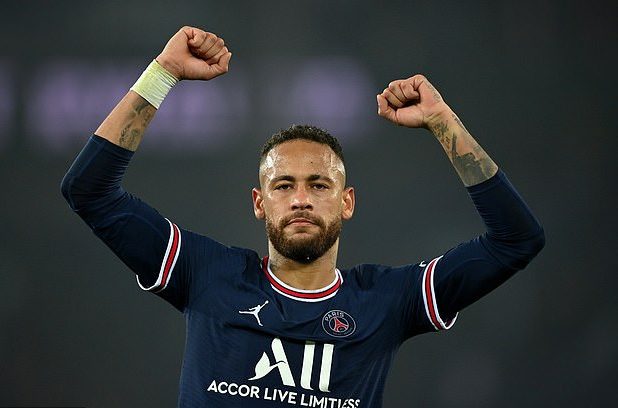 French daily Le Parisien reported that PSG offered Neymar to City as part of a swap deal earlier in the off-season that would have seen Bernardo Silva go the other way.

According to the report, City rejected the proposal, but Guardiola clarified that the story was not accurate.

“I’m very sorry for Le Parisien, but it’s not true,” Guardiola told reporters in Houston ahead of their friendly against Club America on Wednesday.

“I feel sorry for them because the information they have been given is false.

“Neymar is an incredible player and from my information he is a nice guy. Let him express himself in Paris.

“Manchester City bought 150 players every summer and it’s not true. Of course I feel sorry for Neymar.”

This off-season, PSG were reported to have launched Neymar, 30, while Guardiola last month reiterated his belief that Bernardo would remain at City due to links with Barcelona.

City have signed several key players this off-season, including Erling Haaland, Kalvin Phillips, Julian Alvarez and Stefan Ortega Moreno, while Bernardo has established himself as a key player in City’s midfield.

The English champions have won the race to sign 21-year-old Norwegian striker Haaland from Borussia Dortmund with high expectations of his impact at a club that appeared to be without a striker last term.

“We can’t put too much pressure on these players,” Guardiola said.

“We need to get them houses, flats in Manchester and the sessions will increase what we want from them.

“First impressions of Julian, Kalvin, Erling and Stefan have been really good – they seem like good people.

“Having a good mood in the dressing room is more important than tactics.”

Guardiola hasn’t closed the door on further signings either, with the likes of Raheem Sterling, Gabriel Jesus and Oleksandr Zinchenko – who is expected to join Arsenal – all gone.

“We’ll see about the signing [Manchester City director of football] Txiki [Begiristain] and his department are looking for, he’ll know what’s best for the team,” he said.