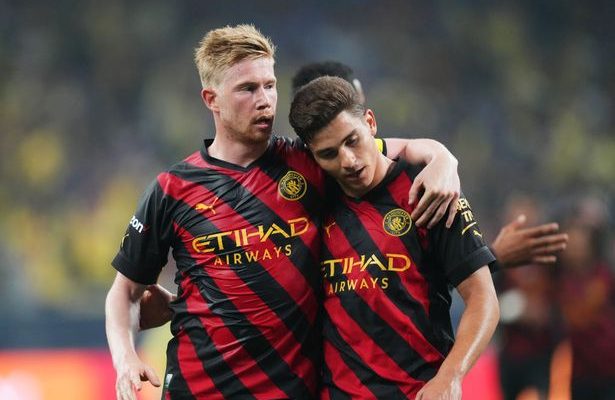 Julián Álvarez started for Manchester City, making his debut for the club in their 2–1 pre-season friendly win vs. Club America. The Argentine played 71 minutes before being substituted.

Álvarez had a great follow-up game and pressured the opponent. Pep Guardiola spoke about the 22-year-old’s debut match. In an interview with the Manchester City website, he had this to say:

“Gabriel is probably the best, but he’s close to him in aggression and how intuitive he is, how he runs and with the ball he’s absolutely brilliant.

“He can keep the ball and you can connect with him without any problems. We feel we have signed a top young player for years to come and we are delighted.

“We have the advantage of the work Marcelo Gallardo has done at River Plate and hopefully he can grow in an important league like the Premier League.”