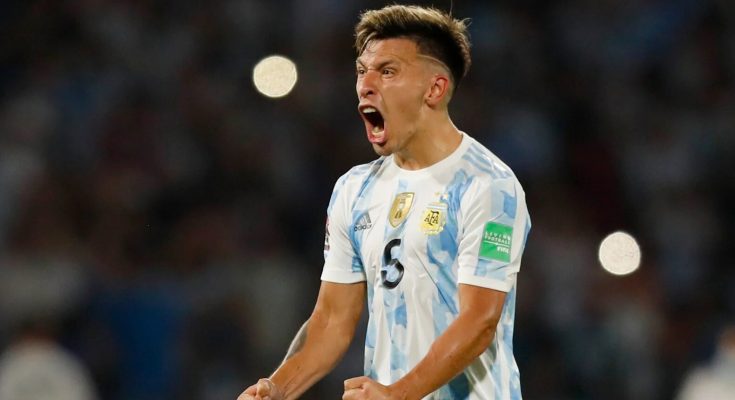 Manchester United have reached a broad agreement with Ajax to sign Lisandro Martinez.

The Red Devils have previously made two bids for the Argentine, who is capable of playing at centre-back, full-back and in a central midfield role, and were keen to seal a deal as quickly as possible with interest from Arsenal.

Ajax have been firm in their negotiations with Manchester  United and have attempted to raise his price on numerous occasions, but Erik ten Hag’s desire to bring him to Old Trafford has seen talks continue.

broad agreement has now been reached between  Man United and Ajax, with the 13-time Premier League winners agreeing to pay a fee of €55m for the 24-year-old – €50m in guaranteed payments and €5m in add-ons. .

Ajax had hoped to push United closer to €60m, but Martinez has made his desire to move on increasingly clear over the last 48 hours – perhaps leading to the deal being sealed.

there are ongoing talks about Brazilian striker Antony, who is also interested in Premier League rivals Chelsea, but the two clubs remain distant in their ratings. Ajax want €80m for the 22-year-old and a deal is nowhere close to being agreed at this stage.

Manchester United are also trying to push through a move for Barcelona midfielder Frenkie de Jong but have struggled to make any progress in negotiations – to the extent that chief executive Richard Arnold and director of football John Murtough flew to Spain earlier this week to try to break the impasse .

There is also hope that Christian Eriksen will soon put pen to paper on a three-year deal – he has opted to join United rather than stay at Brentford.