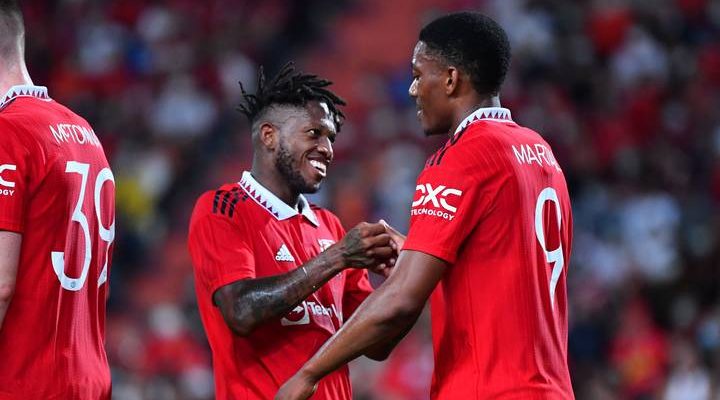 Erik ten Hag tasted victory in his first pre-season friendly as Manchester United manager as they eased to a 4-0 win over Liverpool.

Manchester United have not beaten Liverpool in the Premier League since 2018 and suffered 5-0 and 4-0 defeats to their arch-rivals last season.

But the Ten Hag side claimed a comfortable win over Jurgen Klopp’s men in Bangkok, albeit in a game that saw both sides make a number of changes.

Still, it was an encouraging start for Ten Haga, who saw Jadon Sancho open his side’s scoring in the 12th minute when he fired into the bottom corner after Liverpool failed to clear Bruno Fernandes’ cross.

Liverpool’s inability to clear their lines came back to haunt them as Fred headed over Alisson from the edge of the area on the half hour.

Anthony Martial made it 3-0 three minutes later after dispossessing Rhys Williams, and although the fourth didn’t come until the 76th minute, it arrived in style.

It was Facundo Pellistri who finished things off for United after 1-2 with Amad Diallo following a quick counter attack started by Eric Bailly.