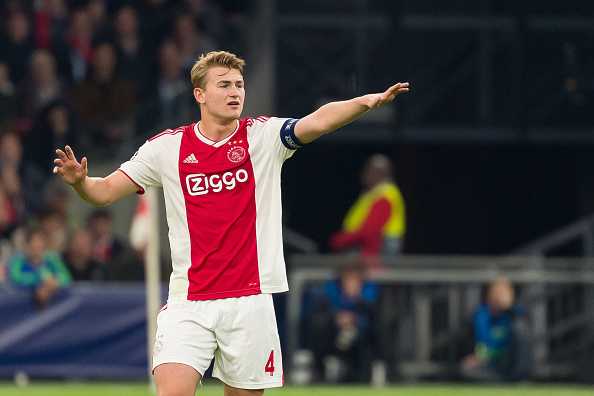 Lothar Matthaus believes Matthijs de Ligt could be a critical long-term signing for Bayern Munich, and a defensive base they could build their squad around.

The departure of the 22-year-old after a relentless spell at Juventus, after signing in 2019 from Ajax, has prompted him to seek a departure without damaging his market value.

Although De Ligt was linked with a move to Chelsea earlier in the season, German reports suggest the Dutchman is more determined to move to the Bundesliga.

Mathaus, who won the Ballon d’Or and World Cup in 1990, has insisted that De Ligt will sign for his former club.

“He’s kind of a van Dijk,” Mathaus told Bild. “He could take over as Bayern’s defense chief, who is not there.

“He is one of the best defenders in Europe, and at 22 he is the youngest player Bayern could make in that position in the next few years. Great transfer if it works – great profit.”

The 68-year-old also hinted that De Ligt would be a co-signing of Julian Nagelsmann’s aggressive plan, making the reported price tag of 70 million euros reasonable.

“As I saw De Ligt play for Ajax Amsterdam at the time, he learned a lot about defending himself at Juventus,” said Stevens.

“He goes with Bayern’s style, he has to defend the pitch. He was already great at Ajax, he’s a full-back. Of course money is crazy, but you can see in England that such prices are common for defenders. There.”