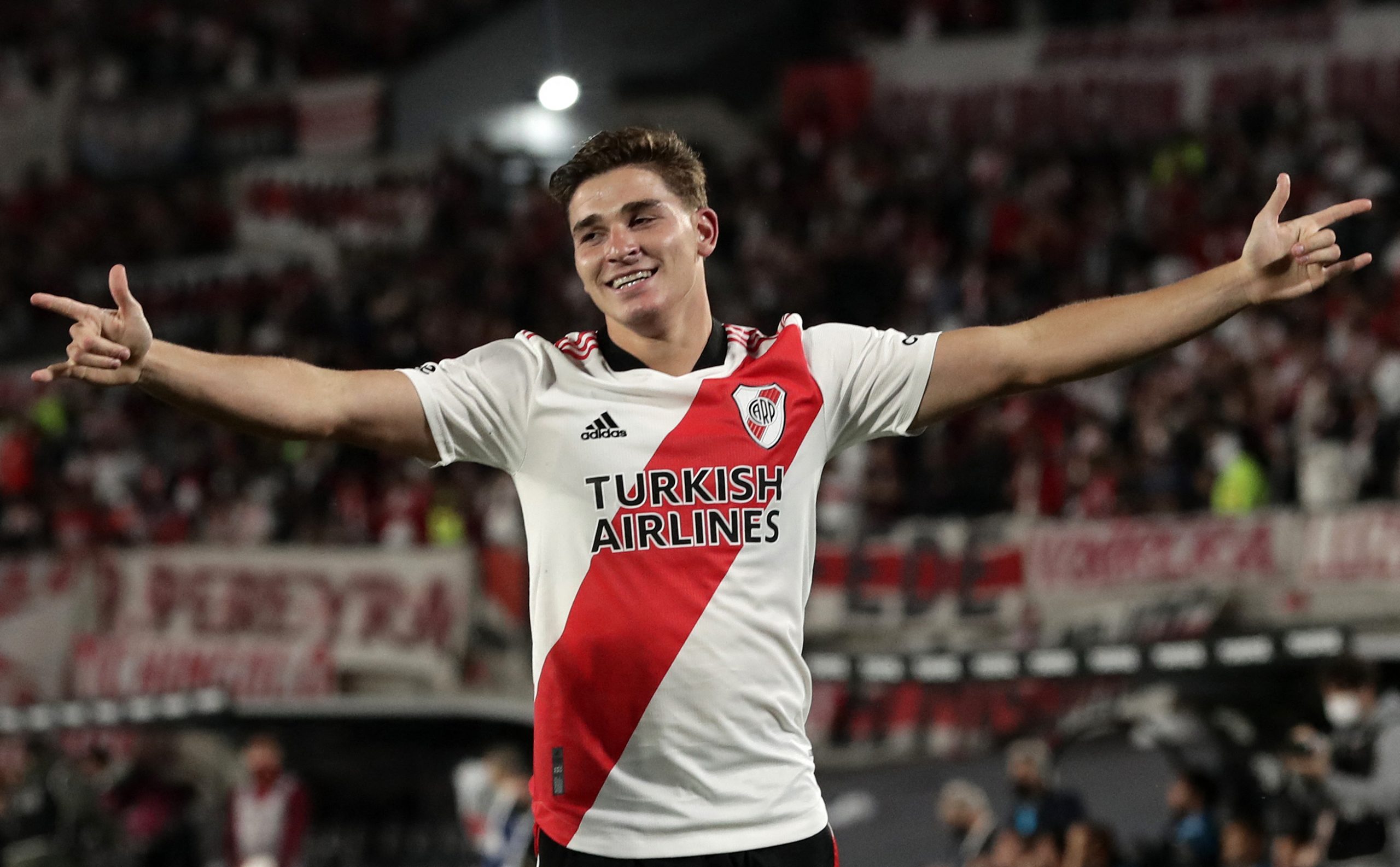 Julian Alvarez has been provided with plenty of information about Manchester City by club legend Sergio Aguero after officially making his move following his final game for River Plate.

Argentine striker Alvarez signed a five-and-a-half-year deal with City in January for a reported fee of £ 14 million but remained with River on loan.

Alvarez’s transition is now complete after River’s 1-0 defeat to Velez Sarsfield in the Copa Libertadores Last 16.

The 22-year-old attracted the attention of several European heavyweights thanks to a record of 53 goals and 31 assists in 120 River games.

He will have to go to great lengths to emulate Aguero’s success in the City wearing a City shirt, as the retired striker has become the team’s top scorer with 257.

“We all know how important Kun was to Manchester City and what he means to the world, as a team player and as an Argentine national team player,” Alvarez, who will be wearing shirt number 19, told City official. website.

“I had the opportunity to talk to him and he told me a lot about the city, my colleagues, about Manchester City in general.

“I also spoke to Willy Caballero and Nicolas Otamendi as we are partners in the national team.

Alvarez is another piece in City’s exciting window, having already added Erling Haaland, Kalvin Phillips and Stefan Ortega to their list.

For Alvarez, the opportunity to work with Pep Guardiola and play in the Champions League was one of the biggest obstacles to leaving South America for Europe.

“I was able to speak to him (Guardiola) in February, when the signing was confirmed,” Alvarez added.

“Welcome to the team. I’m happy to be part of the City project. I think he’s one of the best coaches in the world and he’s been in amazingly successful teams.

“I want to do a good job for him, to continue to grow as a footballer and as a person.

“I am very happy and proud to have reached this level.

“The Premier League is one of the best leagues in the world. As a boy I always dreamed of playing in Europe, playing for the best clubs, in the big leagues so being here today is a privilege.

“I’ve watched a lot of City games. It’s very satisfying to watch them play. City is one of the best teams in the world and they have a good style of play.”