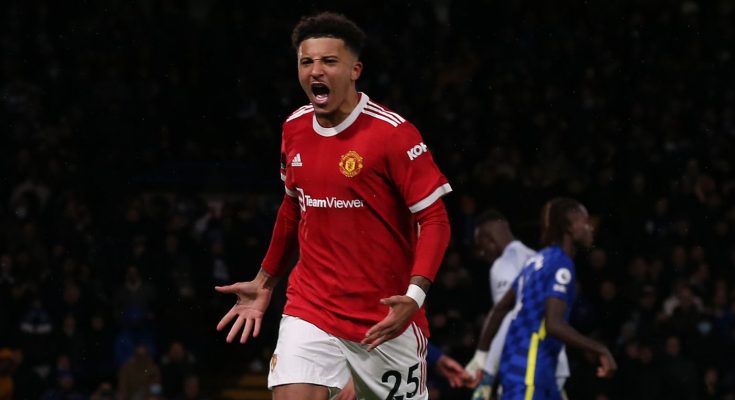 Jadon Sancho hailed the early work of Erik ten Hag at Manchester United, saying the Dutchman has made the same players feel like a “whole different team”.

The Hag has a big task at Old Trafford to rebuild after the failed interim spell of Ralf Rangnick, whose mid-season appointment to replace Ole Gunnar Solskjaer last campaign failed.

Manchester United finished sixth in the 2021–22 Premier League season after recording their lowest number of points, failing to finish a league campaign with a positive goal difference for the first time since 1989–90.

The former Ajax boss brought in Tyrell Malacia and Christian Eriksen, while completing a deal for Lisandro Martinez and reportedly leading talks with Barcelona for Frenkie de Jong.

“He told all the lads that every friendly game has to be won,” the winger told United’s official website.

“I already know from his mindset that he wants us to do well and when the players hear that from the manager you all take it in and we all want to do our best, especially on the pitch.”

“It was a real confidence booster. We had a lot of meetings with the manager and understood how he wanted us to play and it was definitely a big sign that everyone bought into that and we created what he wanted to happen.”

“We have the same players this pre-season but it looks like a completely different team and I think we are working on that and I feel like we are getting better.

“The manager is big on bonding the team, having fun together and doing things like team dinners and things like that. So yeah, it helps.”

“You can see in the games, as I said before, how we play and have a lot more structure and opportunities to score, and also hold the ball more and be efficient with it.

Sancho joined from Borussia Dortmund last season as the only player in Europe’s top five leagues to score 10 or more goals and at least 15 assists in all competitions in each of the previous three seasons.

But the England international struggled in his debut season in Manchester, scoring just three times in 29 Premier League appearances and would be keen to make amends in the coming term.

“Last year was not great and I feel that everyone has something to prove in the coming season,” he added.

“It’s my second year now, I’m settling into the team, I know how the players play and I’m excited for the coming season, with the new manager and how he wants us to play and I think it’s going to be good for me.

“We don’t want to perform like last year and upset the fans. Some fans have traveled a long way to get to the stadium and watch us not perform.”

“I’m sure everyone will make up for it this year and make sure we put 100 per cent into every game we play and make sure the fans are smiling at the end of the game.”