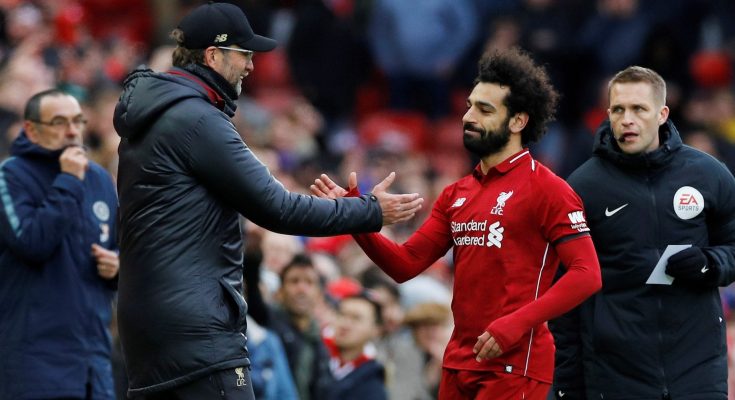 Jurgen Klopp was never worried about the prospect of losing both Sadio Mane and Mohamed Salah because it was “always clear” the latter would stay at Liverpool.

Mane’s future at Liverpool has been questioned at the end of the season, with rumors suggesting he is ready to leave with a year left on his contract.

But Mane’s decision to leave at the time was a source of concern for Liverpool fans as Salah had only 12 months left on his contract.

Media speculation has suggested that contract negotiations with Salah have been delayed, but it was finally announced on July 1 that the Egyptian star has signed a new contract that will run until June 2025.

Aside from seemingly lengthy negotiations, Klopp insists he was always open about Salah’s future.

“I did not know it was going to happen, it was always clear that Mo wanted to stay – that has always been the message,” Klopp told Liverpool’s official website.

“I spoke to him openly and it was always clear: ‘I want to stay.’ But it is an important contract, it has to do with different things and that is what takes time sometimes.

“We can not always meet the expectations of other countries – ‘there is a contract expiring, next year it will expire, so fix it now.’

“Things need time, but obviously we have enough knowledge to deal with this kind of thing. He is very happy now that he can extend his time here.

“We are very happy, a world-class player. Just imagine you have to sign Mo Salah now; he is at another club and is looking for a player with numbers he has made over the years. That will not happen, but we have him and he wants to stay – very good news.”

Klopp was eager to pay tribute to Mane again, however.

He praised the Senegalese star as one of the Premier League’s leading players and expressed his gratitude for the gentle separation of Mane and the Reds.

“Sadio, what can we say about Sadio, hey? What a player, a world-class player,” he continued.

“He and I collectively re-established him as number 9 and last season, he played very well.

“I like the way it is now because it was completely clean. We knew, he told us, his agent told us they wanted to leave, they wanted to have a new challenge, get a new club.

“[Not] easy conversations – everything is fine until we talk about money, but that worked out well.

“So, with the legend of Liverpool, one of the Premier League champions, I would say, with the numbers he has. He’s a good man too.

“So, I’m very happy for him that he’s now at the club he wants to be at. Thank you so much for all the things we’ve done, and thank you so much. Now he’s at another club.”

Liverpool will face arch-rivals Manchester United in their first pre-season match on Monday in Bangkok, Thailand.