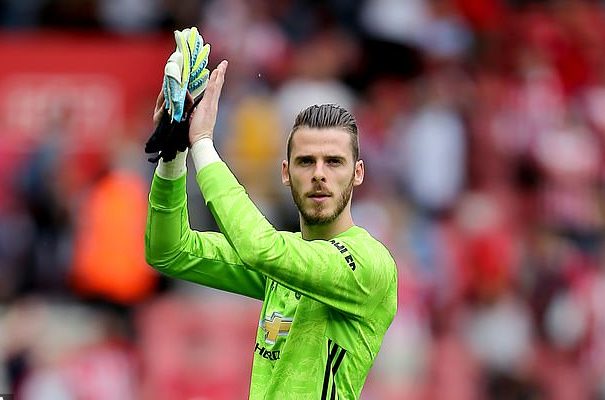 David de Gea has made his plans for the rest of his career clear, stating in no uncertain terms that he wishes to remain a Manchester United player well beyond the completion of his current contract.

With 45 senior caps, the Spain international has amassed an incredible 487 club appearances for United over the past 11 seasons and will move into the club’s top 10 in appearances if he makes 24 starts next season.

If he sticks around for a few more years, he could make a big impression on this all-time list, sitting just 72 games behind Wayne Rooney in sixth place.

Speaking to the media during his side’s pre-season exhibition tour in Australia, De Gea called United “one of the best things in my life”.

“I would be really happy to be here as long as [the club] want,” he said. “I haven’t spoken to anyone yet, but I want to be here for years to come.

“I feel very good here. It is a privilege and an honor to be here at this club. It is one of the best things in my life, to be part of this club.”

He went on to discuss last season’s struggles and his excitement to be back there with new manager Erik ten Hag in charge.

“It was a very difficult season, sometimes embarrassing,” he said. “Some matches were a mess, a disaster.

“So we should learn from last season that it can’t happen again. Losing 4-0 or 5-0, that was unacceptable. We needed a better culture of football, just thinking about football, nothing else.”

“We are doing well with the new manager. He is very focused on football and what we need and the players feel the same way.”

The 31-year-old has one year remaining on his £375,000-a-week contract, with the option of a one-year extension, which he looks set to take up should it be his choice.