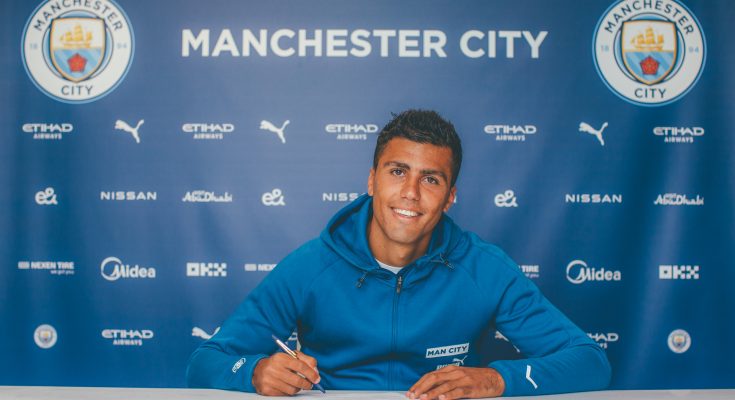 Rodri was hailed as “a manager’s dream” as Pep Guardiola’s midfield lynchpin signed a three-year contract extension at Manchester City.

The Spain international was hugely influential in his deep-lying role and hit the decisive goal on the final day of the final Premier League season as City clinched the title with a 3-2 comeback win over Aston Villa.

Despite having two years left on his previous contract, City have decided to dispel any doubts over Rodri’s future by tying down the 26-year-old on a deal that runs until the end of the 2026-27 season.

Rodri made 151 appearances for City and won the Premier League and EFL Cup twice under Guardiola.

He said: “Joining City in 2019 is the best decision I’ve made in my career. I’ve loved every second of it. I feel the full support of the club and the manager is pushing me every day.”

“I have improved so much as a player and I want to thank Pep and all the staff behind the scenes for their help. They are fully committed to helping me become the best player I can be and I appreciate their hard work.”

“We’ve been very successful since I came here, which is something I’m very proud of. But to be honest, this success has made me even hungrier. Once you start winning big titles, you don’t want to stop.” .

“I feel City offer me the best chance to win trophies and that’s why I’m so happy to stay here longer.”

The Champions League will be a key target for City in the new campaign after falling out at the hands of eventual winners Real Madrid in the semi-finals last season.

He also scored four goals in the last six games of the season, which is almost out of character as he is usually a player who dribbles and allows City’s more attacking midfielders to make forays forward.

Director of Football Txiki Begiristain told City’s website that Rodri was an “exceptional” performer and said the club were “delighted” to get the extension over the line.

“He is a perfect example of what a top professional should be: he has a fantastic attitude, lives his life the right way, takes care of his body and trains hard every day. That’s a manager’s dream,” said Begiristain, “And I know Pep with him he likes to work.”