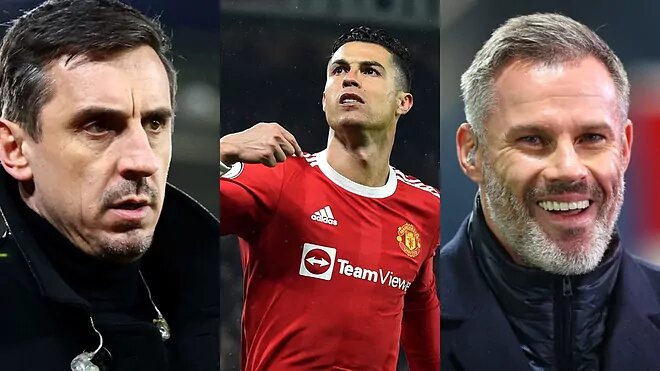 Cristiano Ronaldo wants to leave Manchester United, something which has caused some legends to give their opinion on the matter and to confront each other on social networks.

The controversy began when a former Liverpool player posted on Twitter his opinion that Cristiano Ronaldo made Manchester United a very bad team.

“Cristiano Ronaldo did what I thought he would do, he scored goals but he made the team worse,” Carragher tweeted.

“The transfer request also kills the perception that he is rejecting Man City because of his love for Man United.”

Neville did not take long to respond and defend his former United team-mate.

“I understand, you are full of him but he can refuse Manchester City to Manchester United because he loves it so much and still wants to leave this summer,” he wrote.

“You ‘re left before but still loved the club. Enjoy Saturday night with your short time of success.”

However, Carragher responded by calling Neville a “joker” for his comments.

“City did not want you [clown emoji] and you are the guy who has always said that Elvis has arrived in Manchester! Elvis has already left the building,” Carragher wrote.