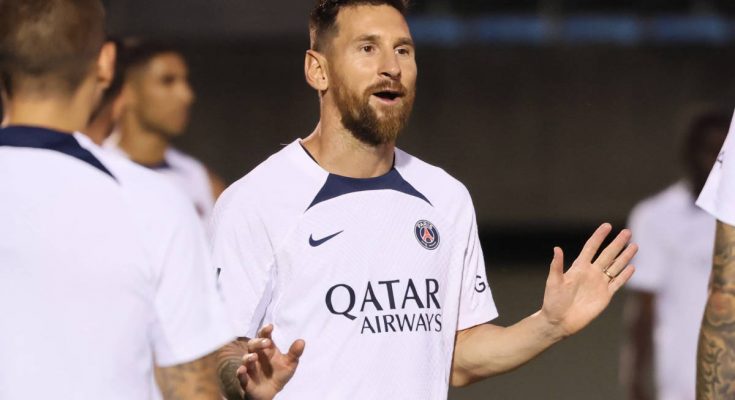 Christophe Galtier says Paris Saint-Germain have plenty of work to do as they adapt to a new system after starting their tour with a win over Kawasaki Frontale.

Goals from Lionel Messi and Arnaud Kalimuend gave the Ligue 1 champions a 2-1 victory over the Japanese champions at the National Stadium in front of more than 60,000 on Wednesday.

Galtier, who replaced the sacked Mauricio Pochettino as PSG head coach this month, started with Sergio Ramos, Presnel Kimpembe, and Marquinhos in a back three.

The former Lille and Nice boss felt PSG were lucky to concede just once in the tournament opener but knows it will take time for them to adapt to a different formation.

He is quoted in L’Equipe as saying: “It was a very fast game against a team that is in the middle of their championship, so physically, tactically and technically prepared.

“For us, there were good attacking combinations. I liked how my players pushed loud and clear up the pitch, which allowed us to be dangerous and create a lot of situations for ourselves.”

“We are developing in a new 3-4-1-2 system, so we have to assimilate it. We experienced a lot of imbalances and so we got too many situations on our goal.

“It’s a big job for the coming weeks. We want to be able to have a lot of people [involved] offensively and at the same time be able to keep a fair balance.

“You have to try to find adjustments and compensations quickly so you don’t get caught in transition situations.”

The Parisian giants take on Urawa Red Diamonds in their next match on Saturday.