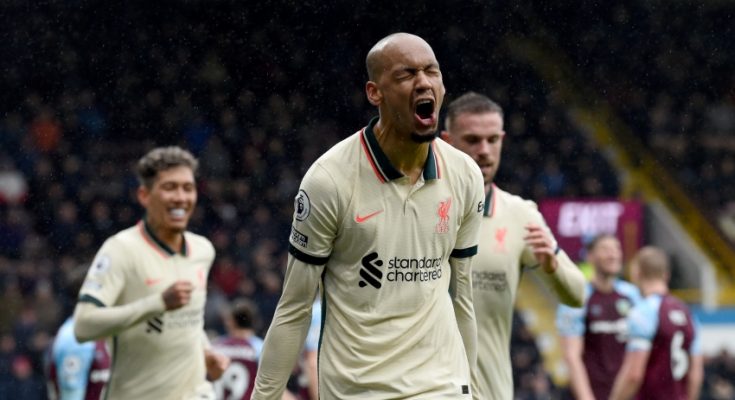 Fabinho thinks Mohamed Salah could go on to be regarded as one of the greatest players to ever pull on a Liverpool jersey after signing a new contract.

Salah ended speculation over his future by agreeing a new three-year deal on July 1 – the Egyptian striker had just 12 months left on his previous contract with the Reds and could leave on a free agent after the 2022-23 season.

That would be a significant blow for Liverpool given Salah’s impact since his arrival from Roma in 2017.

The 156 goals put Salah ninth on Liverpool’s all-time record goalscorers list, while his Premier League tally of 164 is third behind Robert Lewandowski (184) and Lionel Messi (200) among players from Europe’s Big Five since August 2017.

He has played a vital role in Liverpool winning six trophies since his arrival, including the Reds’ first Premier League crown and the Champions League title, but Fabinho believes there could be more to come from Salah.

Speaking in Bangkok on Monday ahead of Tuesday’s friendly against Manchester United, Fabinho said: “We’re really happy for [Salah], we’re happy to see him play for Liverpool.

“He’s already a Liverpool legend, but I think he can be one of the best Liverpool players in the history of this club.

“I’m happy for him, he’ll definitely continue to score goals and play his best football because he’s really important for us.”

While pre-season friendlies may be considered of little importance to the average fan, Harvey Elliott is fully aware of how vital they can be to him.

The 19-year-old enjoyed an impressive loan spell with Blackburn Rovers in the Championship in 2020-21 and looked set for a prominent first-team role upon his return.

But a sprained ankle suffered against Leeds United in September kept Elliott out until February, and while he was able to feature in the final three months of the season, he freely admits he hasn’t been himself.

However, the England under-21 international’s mental state has improved in the off-season and he is keen to make the most of pre-season training.

He said: “It’s easy to get a bit overwhelmed by injury and come back and you’re always thinking about it and not feeling comfortable and confident and stuff, and I think towards the end of the season I did a bit of that.” , because my form wasn’t really there and I wasn’t myself in training just because I was struggling a bit.

“So, I mean, now I feel 100 percent that the line went through last season. This season is new, there are new achievements to be made and new goals to be achieved as well.”

“So I’m looking forward to it and making sure, as I said, I’m in the best possible position to go out.