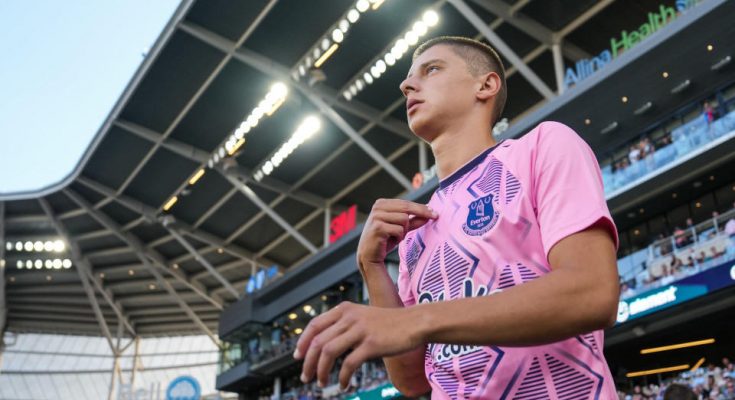 Everton are to offer free tickets to Ukrainian refugees on Merseyside for their pre-season friendly with Dynamo Kyiv later this month, the club has announced.

The match, part of the Ukrainian Premier League’s Match for Peace initiative, was already set to raise proceeds for humanitarian charities supporting the nation’s citizens following their invasion by Russia.

The Toffees, who signed Vitaly Mykolenko from Dynamo in January and donated £500,000 to the Ukraine Humanitarian Appeal in March, will now go a step further and allow displaced natives free entry.

The club is working with councils in the Merseyside area to ensure that invitations to the match, which will be played on July 29, are distributed to those who are housed through the government’s Homes For Ukraine scheme.

“We are determined to do everything we can to help the people affected by the shocking war in Ukraine,” said manager Frank Lampard.

“This game brings attention to this fundraising activity and by raising funds together we can help those affected by the ongoing conflict.”