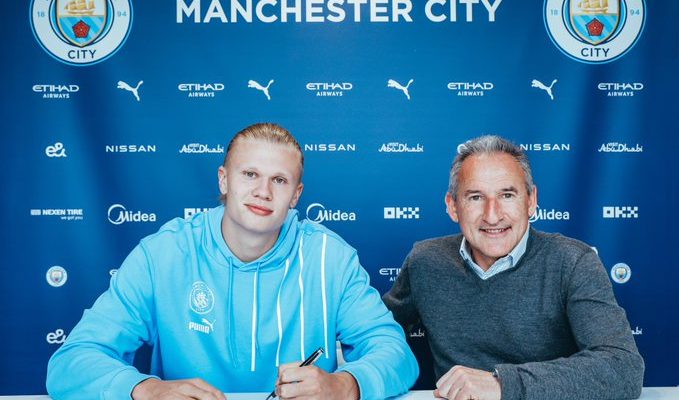 Erling Haaland was confirmed as Manchester City’s new number nine on Saturday, taking over from Gabriel Jesus after the Brazilian joined Arsenal.

The new signing from Borussia Dortmund was expected to lead City’s attack in the new season and now has a token number to go with that responsibility.

Haaland, who turns 22 on July 21, joined the City side that ousted Liverpool to win the Premier League title on the final day of last season.

There is good reason for the high expectations that surrounded his arrival. The Norwegian scored 86 goals in 89 games in all competitions during his two-and-a-half years at Dortmund, with only Robert Lewandowski (123 in 108 games) and Kylian Mbappe (93 in 111 games) scoring more goals in Europe’s top five leagues.

Last season, Haaland scored 29 goals in 30 games in all competitions at a rate of one goal per 3.6 attempts and missed 65.8 percent of his big chances.

City reached the semi-final stages of the FA Cup and Champions League last season, along with their Premier League success, playing a ‘false nine’ striker for much of the season rather than the precise centre-forward that Haaland was. Yippee.

Haaland will be unveiled as a City player on Sunday when the club host an event with the forward and other new arrivals, including former Leeds United midfielder Kalvin Phillips and ex-River Plate striker Julian Alvarez.