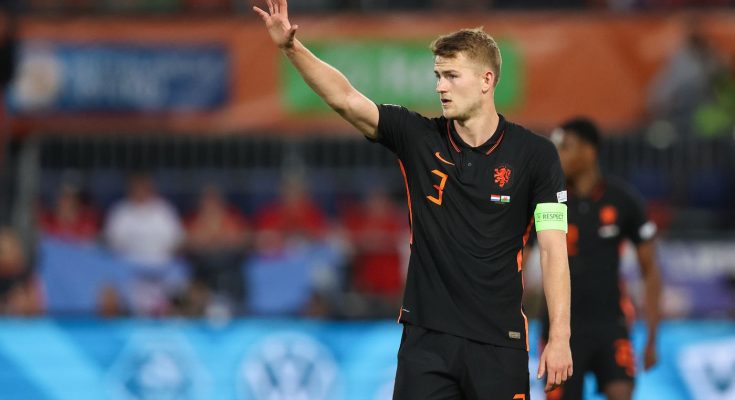 Oliver Kahn has confirmed Matthijs de Ligt “wants to join” Bayern Munich as the Netherlands international edges closer to securing a move to the Bavarian giants.

Talks between Juventus and Bayern have taken place this week and it looks increasingly likely that the 22-year-old will join the Bundesliga champions before the start of the new season.

De Ligt has two years left on his contract with the Bianconeri, which includes a €120m release clause.

Juventus are demanding at least €90m for the defender, but are reportedly happy to settle for Bayern’s €60m offer including bonuses.

“We had talks and the player wants to come to FC Bayern,” CEO Kahn told Blickpunkt Sport on the same day the club confirmed they had reached an agreement in principle to sell Robert Lewandowski to Barcelona and also announced Serge Gnabry had signed a new contract in Allianz Arena.

“We will have further discussions and then see how it goes.

De Ligt played 2,675 minutes as Juventus finished fourth in Serie A last season – more than any of his midfield team-mates.