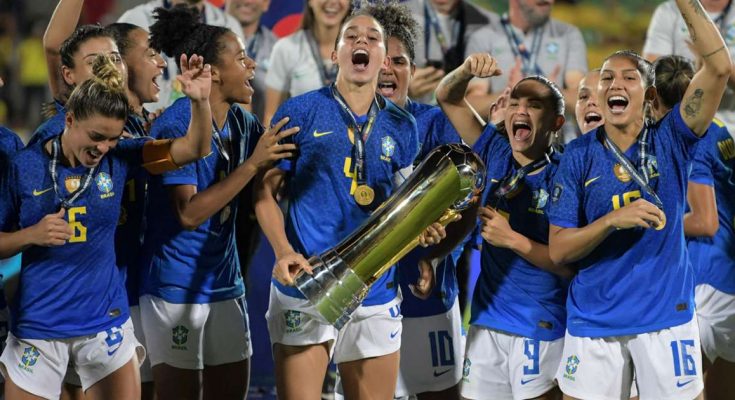 Brazil emerged victorious as Copa America Feminina champions after a hard-fought 1-0 win against Colombia on Saturday, played in Colombia.

The only goal of the match came from a penalty, the Brazilian Debinha made no mistake in the 39th minute.

The goal saw Debinha finish tied for second in the Golden Boot competition as she and teammate Adriana Maga finished with five goals each, one behind Argentina’s Yamila Rodriguez.

The victory capped off a remarkable run for the Brazilians, who have kept a single goal at the tournament while winning their six games a combined 20-0.

There was plenty of attacking from both sides – Colombia attempted 21 shots while Brazil had 15 – but the winning side had all four “big chances” and were on the right side of expected goals at 1.65 to 0.97.

Brazil will face the winner of the European Women’s Championship in the Finalissima on a date yet to be confirmed.