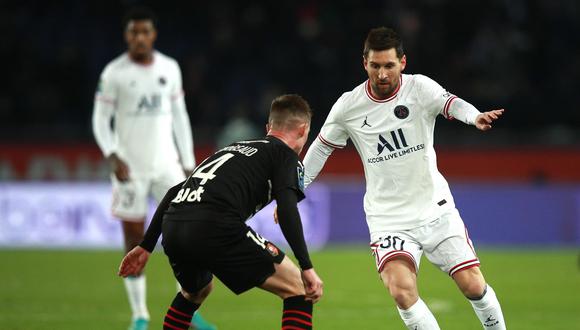 Lionel Messi is entering his second season with Paris Saint-Germain, and the 35-year-old is hoping he can find the scoring boots since last season; the Argentine had a challenging time putting the ball in the back of the net.

Newly appointed manager Christophe Galtier spoke to L’Equipe about what he has noticed from Lionel Messi so far during his first training sessions since taking over from Mauricio Pochettino.

The French tactician says that Lionel Messi is “totally invested” so far, which are the exact words to use given that he arrived at the Camp des Lodges early to prepare for the upcoming season.

“From what I’ve seen in the last 10 days, Leo Messi is a totally invested player,” Galtier said. “The rest, the whole planet knows what he’s capable of.

Lionel Messi seems to have the mindset to prove people wrong and show that he still has the skills of a top player. In addition, the Argentine wants to prepare for the upcoming FIFA World Cup in Qatar and go into the tournament in good form.

If Lionel Messi plays well for PSG at the start of the season, it will allow him to carry that form into the competition, possibly his last chance to win the trophy that has eluded him for so long.