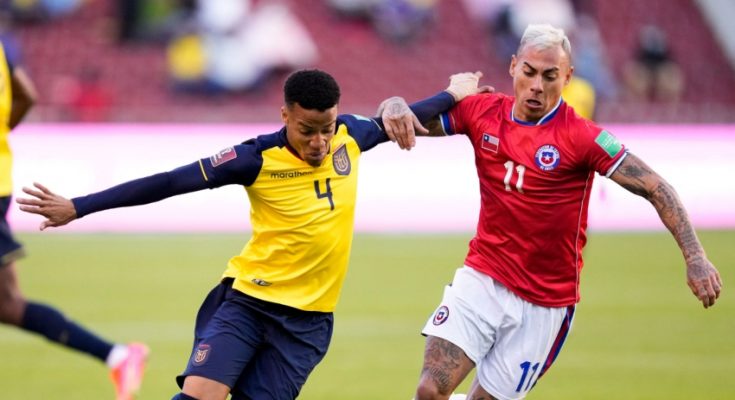 Chile intend to launch an appeal against FIFA’s decision to dismiss their previous complaint regarding Ecuador’s participation at the World Cup.

The Federacion de Futbol de Chile (ANPF) said it had proof that Castillo was born in Colombia and not Ecuador as stated in his official documents.

Castillo made eight appearances in qualifying, including a goalless draw with Chile in September and a 2-0 win in November.

La Roja finished seventh, meaning they just missed out on a play-off spot, but felt Ecuador should be kicked out of the World Cup at their expense.

However, after reviewing the ANPF’s claims, world football’s governing body FIFA rejected the appeal last month and confirmed that Ecuador would retain their place in Qatar.

However, Chile continues to press its case, with their Secretary-General Jorge Yunge confirming on Thursday that a new appeal will be filed.

“We are completely confident in the conclusions of our investigation,” Yunge said in a statement.

“It is absolutely clear that the player is using a forged Ecuadorian document. At stake here is not only a place at the World Cup in 2022, but the entire principle of fair play.”

Ecuador have been drawn in Group A at the World Cup, which starts in November, along with Senegal, the Netherlands and hosts Qatar.