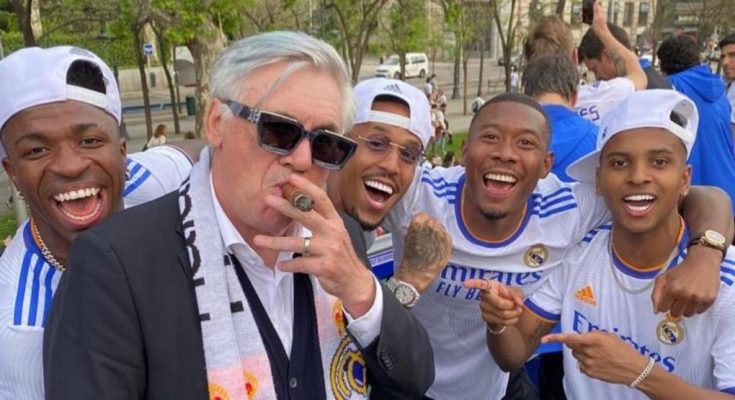 Flattery weakens and Carlo Ancelotti and Real Madrid‘s board are well aware of this. Winning three trophies last season, especially LaLiga Santander and the Champions League, has brought praise on the players.

The Italian has already warned his players that these successes are already in the past, that the battle begins in a week in Las Vegas against Barcelona.

The goal was set by the club itself: the 15th triumph in the UEFA Champions League. There is no other possibility. It is not enough to rejoice in recent triumphs.

The Italian coach emphasized throughout the whole time the good atmosphere and the desire to win the group, which started in doubt and ended up winning.

Players like Karim Benzema and Vinicius Jr. they stole much of the spotlight from Real Madrid last season.

Awards for these players and several others will arrive in the coming days, starting with the UEFA awards that will be presented at the Champions League draw on August 25 in Istanbul.

The French striker, in addition to being the star of the next MARCA awards, will be the recipient of all kinds of awards, starting with the Ballon d’Or and Transfermarkt’s best player.

Eduardo Camavinga aims to become the Golden Boy, Thibaut Courtois will be named the best goalkeeper in the world and the likes of Vinicius and Luka Modric will appear in FIFA’s Best XI.

Alongside Benzema, Modric, Dani Carvajal, Nacho Fernandez, Casemiro and Toni Kroos will set the pace in terms of work and commitment.

Champions League number 15 is on everyone’s mind at Valdebebas.