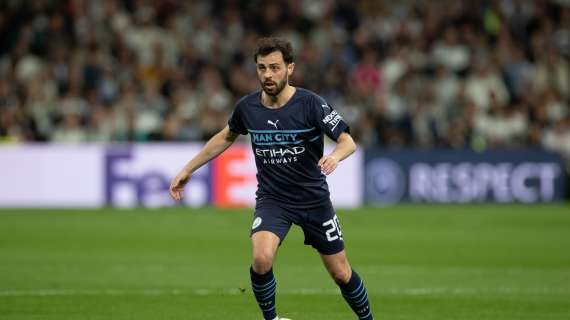 Bernardo Silva has vowed to shut out speculation about his future and commit to Manchester City until the time comes to leave the Premier League champions.

That could be a few seasons or a matter of weeks if potential suitors put together a package that appeals to City.

Silva has been linked with Barcelona and Paris Saint-Germain in the close season, with this level of interest underlining his status as one of Europe’s premier attacking midfielders.

The Portugal international has spent five prolific seasons at City since joining from Monaco and is under contract until the end of the 2024-25 season.

Manager Pep Guardiola is clearly in no rush to offload the 27-year-old, who is with City on their pre-season tour of the United States and played 76 minutes of Wednesday’s friendly against Club America.

On his future, Silva told Sky Sports News: “It’s really important that I prepare as well as possible for the season.

“As long as I play for City, I will always give my best. The relationship with the club, with the fans and my team-mates is fantastic and I will always respect that.”

Guardiola this week dismissed a report by French newspaper Le Parisien that claimed PSG had offered Neymar to City as part of a swap deal that would have seen Silva go the other way.

Barcelona appeared to be heavily interested earlier in pre-season but have since changed their focus, bringing in Raphinha from Leeds United as an attacking midfielder and completing the signing of Franck Kessie on a free transfer from Milan.