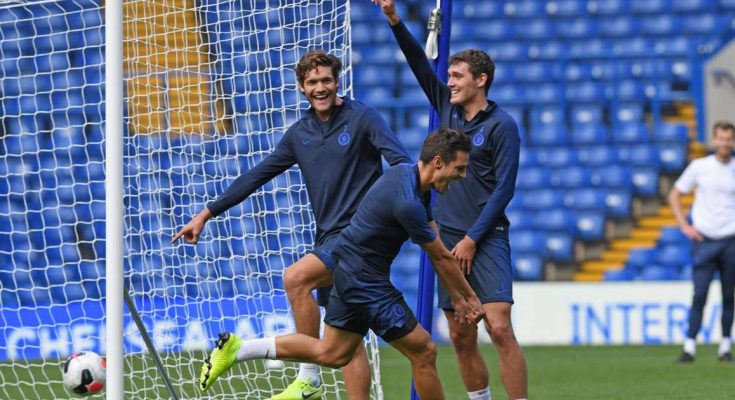 Andreas Christensen hopes he is not the only defender to leave Chelsea for Barcelona this close season, with Cesar Azpilicueta and Marcos Alonso both appearing to be targets for the Catalan club.

Andreas Christensen was introduced as a Barca player on Thursday after leaving Stamford Bridge at the end of his contract.

Spanish players Azpilicueta and Alonso have been linked with Camp Nou giants, and Christensen has revealed he has spoken to both players about the move.

“I spoke to them and told them I was going to Barca,” he told a news conference. “They are great friends, and I hope I can play with them.

“I have not met any of my teammates here, who are very good, but I want to play with [Azpilicueta and Alonso] again next season.”

Barca sports consultant Jordi Cruyff was also asked by the Blues couple: “It is true that a change of ownership at Chelsea is slowing down everything a bit.

“We want to strengthen more party positions, and we have several names on the table.

“What struck me the most was that all the players opened their eyes when they heard the name of Barca and were willing to lose money to get used to the salary level.

“We are proud to see people willing to lose money to come to this club, the new salary structure must be fair and stable.

“We do not want to talk about names, because they have a contract with their teams, but it is true that we are looking to strengthen positions that we see as important.”