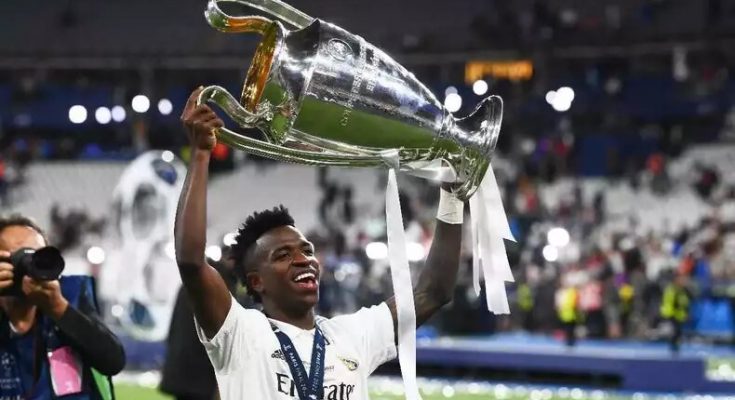 The Brazilian youngster Vinicius Junior’s new deal at Real Madrid will run until 2026, according to Fabrizio Romano.

His current contract expires in 2024. The Brazilian international has opted to sign a shorter contract than Madrid’s real hope of a six-year extension.

The 21-year-old’s intention has always been to stay at the Santiago Bernabeu. His new release clause will be for €1 billion.

After a wonderful season, the European champions rewarded him with a new contract that will make him one of the highest-paid players on the team.

Vinicius Junior was below Real Madrid’s average salary of around € 3.5 million per season. He is currently on holiday in the United States and everything will be officially held in July.

Real Madrid also tied Luka Modric to a new one-year deal until 2023. Eder Militao, whose contract expires in 2025, will also extend his stay at the Santiago Bernabéu.