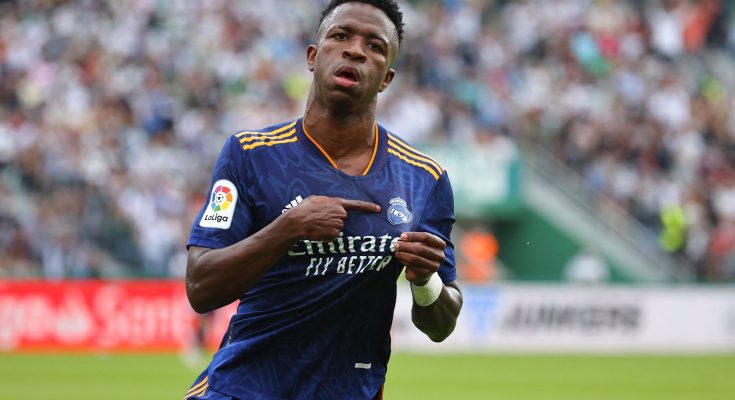 Vinicius Junior announced his desire to stay at Real Madrid, claiming they are the most “united” since he arrived in 2018.

The 21-year-old Brazilian enjoyed a breakthrough year this past season, providing 17 goals and 13 assists in Real Madrid’s LaLiga title triumph, before scoring in the final to claim the club’s 14th UEFA Champions League.

He has two years left on his current contract but is expected to extend it until 2026, rejecting interest reported by Paris Saint-Germain.

In anticipation of a contract renewal, Vinicius cited the atmosphere at the Santiago Bernabeu as a critical factor in his growth.

“I will continue to be the biggest team in the world,” he told Sport TV. “The most united team since I arrived, the celebrations were different this year.

“Little people come with Rodrygo, [Eder] Militao, [Eduardo] Camavinga and me. Everyone loves each other and that is important.

“It is the best situation in the world. Everyone wants to be there. The most experienced give us peace of mind and the freedom to do what they want.”

So far, Vinicius has become a regular player for the Brazilian national team, playing in the last seven of 11 World Cup qualifiers for the Series and starting five of them.

Despite his growing stature, the 21-year-old has revealed he will still want to withdraw from Neymar later this year in Qatar, as Brazil are looking for their sixth World Cup title.

“He’s our best player,” Vinicius said. “The rivals are always very focused on him and he asks us to run in space because he has a great ability to find us. He can do everything for me, he is a great friend.

“The pressure is great for him as he grows up. He calls for a yoke. He also robs us, of those who come. Playing for the national team is stressful, but we get used to it.”