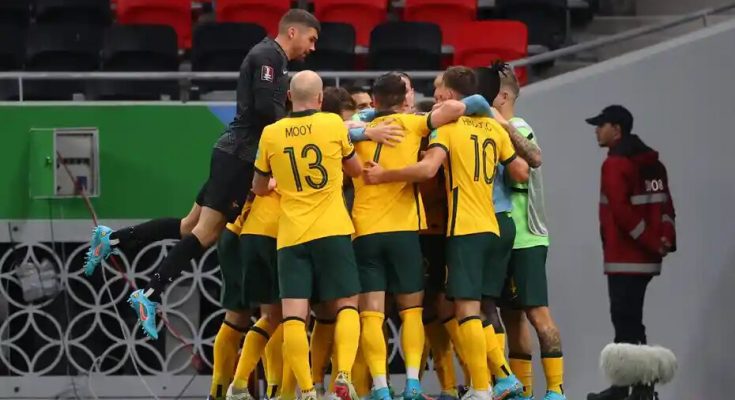 Ajdin Hrustic’s late deflected strike sealed a 2-1 victory over the United Arab Emirates that put Australia one win away from the World Cup.

The Socceroos failed to score in the first leg of the do-or-die play-off at Ahmad Bin Ali Stadium and owed Matt Ryan a double denial of Harib Abdalla Suhail in his closet.

Australia took the lead after the break and were ahead when Jackson Irvine turned Martin Boyle’s ball close to 53 minutes.

The UAE reached a point four minutes later when Caio Canedo fired over the net from six meters with his left foot behind a Suhail ball that caused a shock to the Socceroos guards.

Craig Goodwin missed a good chance to get Graham Arnold’s side back, but a crucial moment came six minutes ahead as Hrustic released a powerful left-footed shot that hit Ali Salmeen and gave goalkeeper Khalid Eisa a chance.

Australia will face Peru in an intercontinental play-off in the same stadium next Monday when the winner closes his place at the exhibition in Qatar. The UAE’s wait for the first time in the World Cup since 1990 continues.