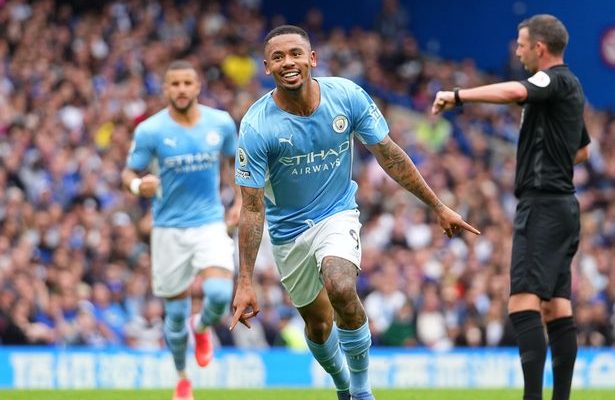 Tottenham are reportedly looking to swoop in with an offer for Manchester City striker Gabriel Jesus, who has been a key target this transfer period for rivals Arsenal.

Just days ago stories were written about Arsenal feeling “cautiously optimistic” about their chances of landing the 25-year-old Brazilian, despite their reported bid of £30million falling well below City’s £50m asking price.

That move is now in jeopardy due to Tottenham’s involvement, as the club are able to offer the UEFA Champions League footballer who has scored 20 Champions League goals in the last five City of Europe campaigns (38 games).

There is no doubt about Jesus’ ability to excel, scoring at least seven goals in each of his Premier League seasons since he turned 19. He also added extra intelligence to his game, with 21 Premier League assistants in his last three campaigns compared to 10 in his first three matches with City.

The Mirror reports another aspect of his game Spurs manager Antonio Conte appreciated his willingness to play more on the wing, meaning he could still fill star star Harry Kane if their formation cost only one striker.

It is unknown at this time what he will do after leaving the post.