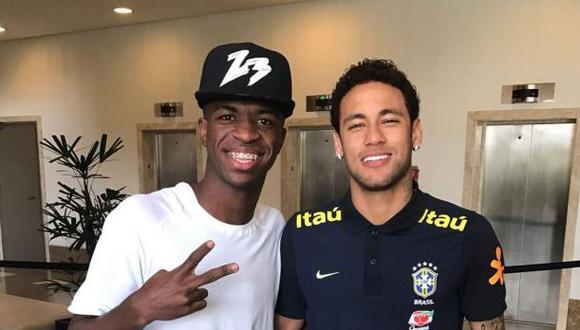 Vinicius Junior is the most valuable Brazilian footballer in the world today. A LaLiga and UEFA Champions League winner with Real Madrid, the player’s impact in his country is very important.

This fact is even more significant during the World Cup. Tite, the coach of the Brazilian national team, has great respect for him and shows it whenever he can.

“While training, I said to Vini ‘He is the Neymar of 2014’, because Neymar from Barcelona and the national team at the time was Neymar in the wing, and today he is in the middle,” said Tite. on the Sexta Estrela podcast.

Tite also recently allowed MARCA to seek the advice of Real Madrid coach Carlo Ancelotti, so that Vinicius could play for Brazil in the same way he did for Real Madrid.

“His maturity at Real Madrid has taken two years, but in the national team it is fast,” said the coach.

“It’s natural as if he were taking some weight off his shoulders.

“I asked Ancelotti for advice on what we can do, what strategic activities they have done at Real Madrid to help the national team play as they did at Real Madrid.

“We talked about annoying situations that could give her the freedom to create, one by one.

“It’s a good and obvious thing for two coaches who want to get the best out of him.”