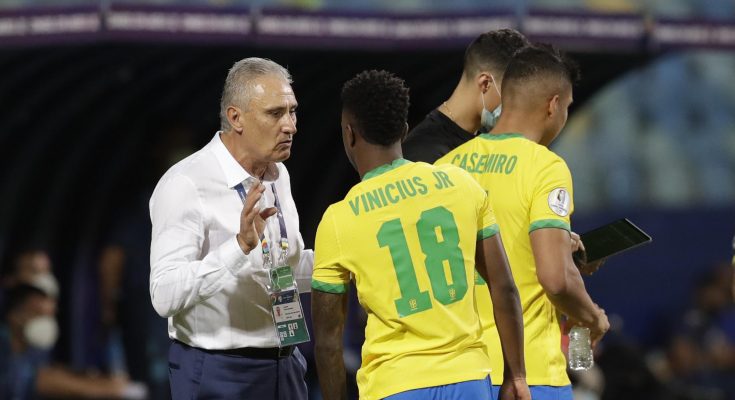 Brazil head coach Tite has revealed that he has previously turned down offers to move into European club football from Real Madrid and Paris Saint-Germain.

Tite has been in charge of Brazil since 2016, having almost exclusively worked at Brazilian clubs during his 30-year coaching career other than two brief spells in Abu Dhabi.

PSG’s plans came in 2018, just before the World Cup when the club sought a replacement for Unai Emery. Real also came calling Tite the same summer when Zinedine Zidane left, before settling in Julen Lopetegui.

Now Tite has told The Guardian that he has refused to speak to any team because what motivates him is to win the World Cup with Brazil.

“I got offers from Real Madrid, PSG, and Sporting. But I did not want that. I want to win the World Cup. After the World Cup, I will decide my future,” he explained.

“At the [2018] World Cup, [Madrid] said they wanted to talk and I said no, I can’t talk, don’t come any closer. I want to be at peace with myself and my work. I do my best. If you do something similar, you are not doing it perfectly. I can’t, ”continued the coach.

Tite also slammed the suggestion that 2022 could be Neymar’s 30-year-old World Cup after the PSG star did an interview last year saying a lot. But the coach of his national team stressed that the comments should be interpreted in context because the interview was recorded a few months ago during a major termination with PSG or Brazil.

“We have to pay attention to when this happened. If I had spoken after the trophy, I would have been very upset, ”said Tite.

“This must be in line with the situation. We are talking to all the players, including Neymar, about the physical, technical, strategic, and psychological preparation of the key games. ”