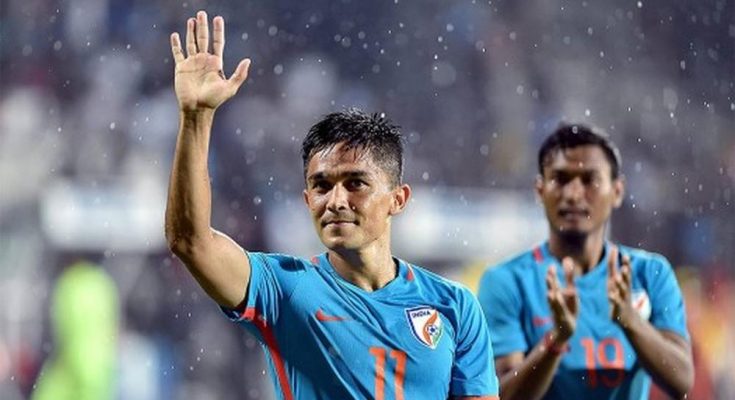 For the uneducated, Chhetri is one of the top scorers in international football. In fact, as far as the list of active footballers, the Indian striker follows only Cristiano Ronaldo and Lionel Messi.
Chhetri scored the fourth goal in an AFC Asian Cup qualifier against Hong Kong as India won 4-0.

The victory also helped the Indian team raise hopes of qualifying for the AFC Asian Cup, and progress was halted after Palestine’s victory over the Philippines.

After India’s 4-0 victory, Sunil Chhetri said he was not interested in records but just wanted to have fun in the final phase of his career.

“Sounds good, but you have to keep going. I don’t care about the records. I want to have fun as I go through the last stages – go out and have fun on the field,” he said after the game.